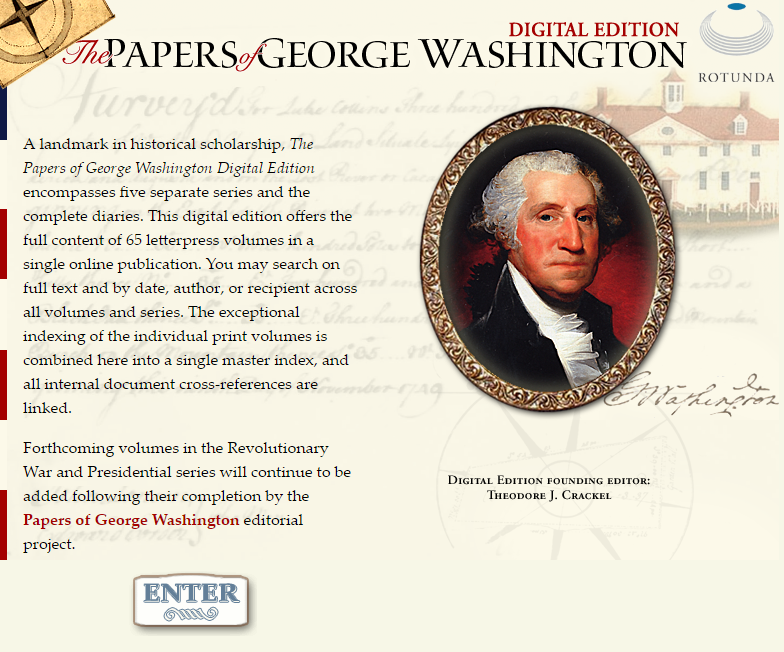 Our Washington Papers volumes are not always as comprehensive as we would like. This can be for many reasons. Superior versions of a letter (such as one written in Washington’s hand rather than in his secretary’s) or perhaps any copy at all may have been missing from the public record at the time of document collection. Occasionally, such documents are found after publication of the volume they would be included in, which then presents the issue of how and when to publish these additional documents. In other cases, the papers to be edited are routine administrative materials so similar in nature that we choose to publish only a few of them as examples. The rest are cataloged at the end of the volume in order to provide space for more diverse documents.

These special materials, which we refer to as addendum and omitted materials, total in the hundreds. A large fraction concerns items intentionally omitted by editors, but others—nearly 100—are documents previously believed to be lost. We plan to publish all the addendum and omitted items in a separate volume on our digital edition in order to make the Papers of George Washington as comprehensive as possible.

Assistant editor Adrina Garbooshian-Huggins took on the mantle of compiling this distinctive volume in 2014, when she and associate editor Benjamin Huggins proposed the idea. Since then, she has transcribed, annotated, and indexed more than 50 documents (all in addition to completing work on two other standard Papers of George Washington volumes).

By editing materials across all the series of the Papers of George Washington, Garbooshian-Huggins explains, she can not only learn more about Washington but also flesh out the countless people with whom he interacted. The omitted documents, for example, shed light on the lives of the officers and ordinary individuals who served in Washington’s army during the Revolutionary War. “The individuals referenced in these documents survived difficult circumstances, such as limited provisions, as part of this important campaign,” says Garbooshian-Huggins. “It is their sacrifice and dedication that helped to win the war. This is a chance to understand their lives and what they faced.”

To illustrate her point, Garbooshian-Huggins references a letter concerning the resignation of an officer who had sustained injuries in action. A newspaper details that Maj. Thomas Morrell had “received a ball in his right breast, which passed through his body, above his lungs, and fractured his shoulder blade.”2 Despite such injuries, Garbooshian-Huggins learned and later wrote in her annotation that the solider “resumed his career as a merchant.” Sometime after that, he “experienced a religious awakening,” becoming “an ordained deacon in the Methodist Church, and a circuit rider for many years.”

The addendum materials are just as illuminating, particularly for their ability to fill in the gaps of Washington’s life. A recovered letter from Washington to author Catharine Macauley Graham, for instance, finally confirmed the date of Graham’s visit to Mount Vernon. While staying with Washington, Graham reviewed his letter books and records for her book on the Revolutionary War. In another instance, the discovery of a superior letter copy provided the missing text of a document previously believed to be (and thus published as) incomplete.

Such revelations encourage Garbooshian-Huggins to imagine the possibilities of material still yet to be found, such as the missing correspondence between Washington and his step-grandson, George Washington Parke Custis, which could help further reveal the private life of George Washington. None of the addendum documents would be available without the generous contributions of meticulous private collectors and auction houses, for whom Garbooshian-Huggins is extremely grateful. Their enthusiastic assistance enables us as editors and stewards of these important documents to achieve our goal of comprehensive publication. It is this very goal that also motivates Garbooshian-Huggins’ work on the omitted materials, which not only is one of the final elements needed to complete this important edition of Washington’s papers, but serves also to illustrate the numerous individuals who joined Washington in the fight for America’s independence.