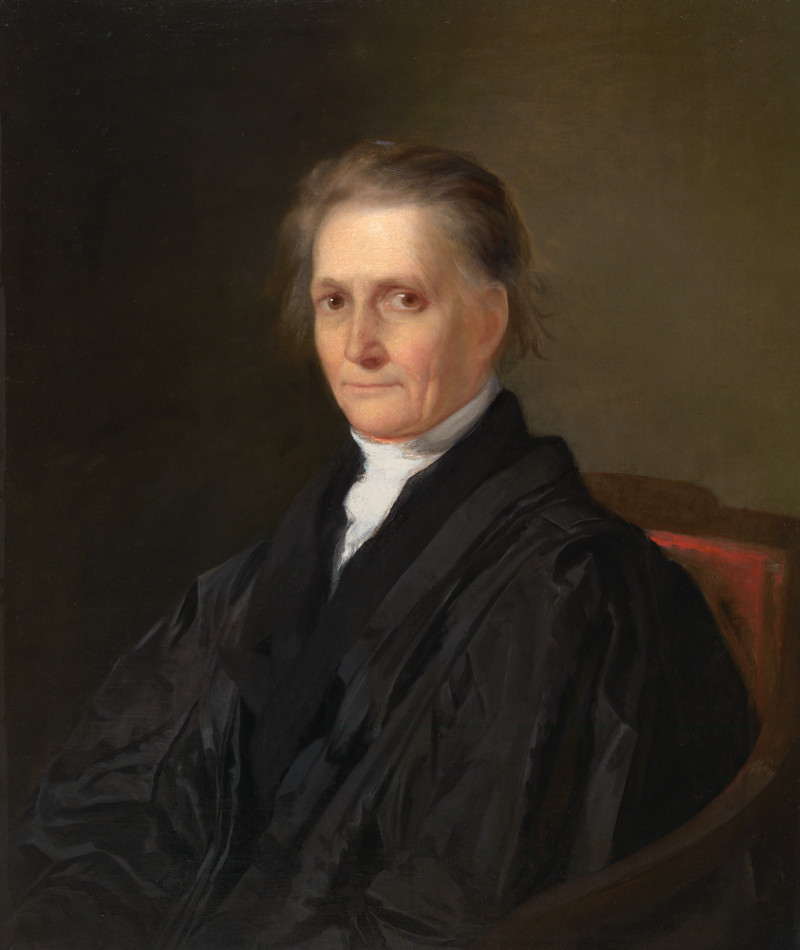 “. . .those privileges and immunities which are, in their nature, fundamental; which belong, of right, to the citizens of all free governments. . .” – Bushrod Washington1

As the Washington Family Papers project team wraps up work on the Papers of Martha Washington for publication in 2020, we have started in-depth research for our next project, the Papers of Bushrod Washington. Bushrod Washington, the nephew of George Washington, inherited the first president’s papers and Mount Vernon home. However, Bushrod’s most significant contributions to history occurred during the more than thirty years he served as an associate justice on the United States Supreme Court under Chief Justice John Marshall. Perhaps Bushrod’s most famous verdict was the one in which he defined the concept of natural rights as those rights conferred unto individuals by nature. His verdict also explored the difference between natural and constitutional, or legal, rights, which he maintained were bestowed upon individuals by their government. The debate regarding which rights are natural and which are legal, set in motion by Bushrod Washington’s 1823 judgment of Corfield v. Coryell, continues to this day.

Article IV, section 2 of the U.S. Constitution declares, “The Citizens of each State shall be entitled to all Privileges and Immunities of Citizens in the several States.”2 In the case of Corfield v. Coryell, this constitutional law faced off against a New Jersey law that granted specific permissions to that state’s citizens only. Because presiding over circuit courts was part of the responsibilities of U.S. Supreme Court associate justices at the time, Justice Bushrod Washington decided Corfield in a circuit court rather than in the Supreme Court.

Mr. Corfield, a Delaware citizen who brought the case to court, purchased a vessel, obtained a bill of sale and a coasting license to fish and trade,3 and hired someone to take the vessel to oyster beds in New Jersey.4 However, New Jersey law forbade “any person who is not at the same time an actual inhabitant and resident of this state” for at least six months prior “to rake or gather clams, oysters, or shellfish.”5 Corfield’s vessel was captured while dredging oysters in New Jersey waters, and later was condemned and sold. Corfield responded by arguing that the New Jersey law was a violation of the Constitution and his entitlement to “all Privileges and Immunities of Citizens in the several States.” Bushrod Washington was tasked with interpreting which rights fell within the category of privileges and immunities.

In his case decision, Judge Washington categorized the following as what he believed to be natural rights: “protection by the government; the enjoyment of life and liberty, with the right to acquire and possess property of every kind, and to pursue and obtain happiness and safety; subject nevertheless to such restraints as the government may justly prescribe for the general good of the whole.”6 By choosing a narrow interpretation of the privileges and immunities clause of the Constitution, Washington upheld the validity of the New Jersey law. Dredging for clams, he asserted, was not a fundamental right afforded to all citizens of a free government and therefore was not protected by the Constitution.

Bushrod Washington’s decision in Corfield v. Coryell concluded that the Constitution protected certain fundamental rights afforded to all citizens. This interpretation resurfaced in the congressional debates that preceded the passage of the Fourteenth Amendment, ratified in 1868, which stated in section 1 that “All persons born or naturalized in the United States, and subject to the jurisdiction thereof, are citizens of the United States and of the State wherein they reside. No State shall make or enforce any law which shall abridge the privileges or immunities of citizens of the United States. . . . “7 Bushrod’s legal reasoning is still debated today. While rights continue to be defined and privileges and immunities interpreted, one scholar has asked, “Is it even up to courts to determine what the ‘privileges or immunities of citizens’ are in the first place?”8

Corfield v. Coryell is only a small piece of the historical insights found in our research for the Papers of Bushrod Washington. Our continued work will no doubt shed light on George Washington’s world, late 18th- and early 19th-century history, Mount Vernon’s history, the War of 1812, and much more.