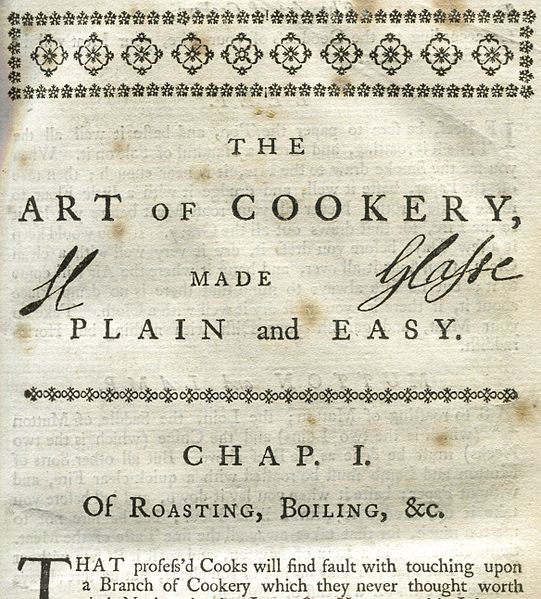 Martha Washington’s “Great Cake” recipe is a sweet document, written in a careful hand by her granddaughter on a piece of folded scrap paper. Its instructions are incredible to the 21st century eye. It asks for forty eggs, four pounds each of sugar and butter, five pounds of fruit and flour, a pint of wine, an ounce of nutmeg and mace, and plenty of French brandy.

I knew that I had to try and make it.

I wasn’t the first to have this instinct, not by a long shot, though many bakers have been more interested in modernizing Martha’s recipes to suit current tastes. While searching for Martha’s documents in print sources, I noticed that it wasn’t until the end of the 19th century that cultural interest in her—and her food—revived after her death.

Recipes said to have been Martha’s appeared in periodicals most often around holidays, particularly George’s birthday. For instance, the Wilkes-Barre Times printed a “Lady Washington pie” recipe on February 21, 1913, as part of a section called “Washington’s birthday recipes.” The one genuine Martha recipe I’ve seen in periodicals is an exact transcription of the great cake recipe that I had decided to make. The earliest transcription of it, and there are several, is in a 1933 issue of the Santa Cruz Sentinel.1 Various recipes attributed to her have appeared frequently enough to indicate that when Americans have been interested in Martha Washington, they were often wondering what her food tasted like. 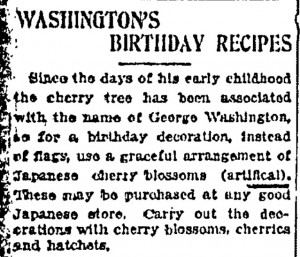 There are two print editions of the cookbook Martha inherited from her first husband’s mother, Frances Parke Custis. Marie Kimball’s 1940 edition modernizes Martha’s recipes,2 while Karen Hess’s 1981 edition is an unadapted transcription of Martha’s cookbook. Interestingly, Hess notes that Martha perhaps would not have used these recipes: “by the time the manuscript came into the hands of Martha Custis in 1749, I think it had…not served as a working kitchen manual since the beginning of the century”. 3

So where did the particular great cake recipe that I wanted to make come from?

Whether Martha used it or not, her inherited cookbook does contain recipes for great cakes, though not the exact one I planned to make. Martha did own other cookbooks, including Hannah Glasse’s popular The Arte of Cookery. This book does have a recipe for making icing to put on a great cake, but not for making the cake itself. 4 Possibly Martha created her own adaptation of the recipe based on these books.

As for the origins of the document itself, at the bottom of the paper, it reads, “This was wrote by Martha Custis for her Grandmama.” Perhaps little Martha wrote out the recipe as a handwriting exercise. Born in 1777, she may have started learning to write during the 1780s in the period between the Revolutionary War and George’s first term as president. She might have written it around the holiday season; Thompson points out that great cake was a traditional Twelfth Night dessert.5

There are various modernized versions of this recipe. For instance, Mount Vernon Research Historian Mary Thompson pointed out to me that versions of the recipe exist in the 1979 The Woodlawn Cookbook and in the 2011 Dining with the Washingtons. Tracey Briggs even featured a version of it on the web series, The Great Indoors.

However, I did decide to attempt the original, massive recipe, just as little Martha had written it out. First, I had some decisions to make concerning the ingredients. The cake would have been adaptable to whatever Martha would have had on hand. Thompson, who has made both the original recipe and a smaller-proportioned recipe, points out that Martha would have used seasonal fruit and whatever dried fruits she had, including nuts.6

In this spirit, since peaches were in season at the time I decided to make the cake, I decided to use them. I made a couple of oversights with some of the other ingredients, though. I forgot to add the egg yolks back into the mix after separating them from the whites, I accidentally didn’t add mace, and I should have thought of using a wine more characteristic of the 18th century (Thompson suggests using madeira or cream sherry; I used a peach Riesling).

Just stirring the batter was quite a challenge. I’d lost my electric mixer, so I did everything by hand; that effort was my workout for the day, even with two friends to help. I couldn’t stir all of it at once—at one point, every surface of my kitchen was covered in bowls of different sizes containing great cake batter. I also couldn’t bake all of it at once because I didn’t have a big enough pan. It made me wonder what on earth Martha used to bake this cake in.

In the end, the whole operation took me about eight hours. But the result was worth it, mistakes and all. When I brought it to work to share, you could smell brandy and sugar-soaked peaches down the entire hallway; the taste was even better on the second day. If you ever have the chance to make it 7 (Thanksgiving is this week!) I highly recommend it—Martha knew good food.