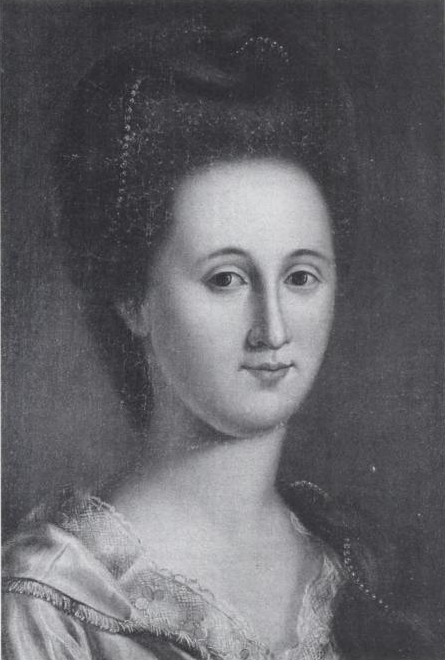 This fall, I returned to UVA, beginning my second year in the College of Arts and Sciences and at The Washington Papers. Usually, my job around the office is determined on a day-to-day basis: some days I’m combing through newspaper databases, other days researching people on Ancestry.com. This year, however, I had a more substantial project awaiting me. I was to review the shelf list, take inventory, and organize all of the books belonging to the GW Papers. It seems like a straightforward task, and it is, for the most part, but when you take into account that the shelves in these five rooms hold more than 3000 books (and more every day), it becomes slightly daunting.

I started with history publications, autobiographies, and letters, everything you would expect an eighteenth/nineteenth century documentary editing project to have on hand. Then, I moved on to more obscure materials: museum guides, orderly books, and assorted pamphlets made illegible by cramped writing. I found books on woodworking, textiles, and freemasonry. One full shelf was dedicated to less prominent eyewitness accounts of the American Revolution. There was an entire cabinet filled with rolls of microfilm. It was at this point in my project that things got interesting.

A book entitled Masquerade sparked my curiosity. The strapline read, “The Life and Times of Deborah Sampson, Continental Soldier.” I was immediately confused. Silly as it sounds, my first thought was, “Was Deborah a male name in the eighteenth century?!” I opened the jacket to confirm.

Well, it wasn’t a male name. Deborah Sampson was a woman who served in the Continental Army for a time, under the pseudonym “Robert Shurtliffe.” She fought in the Light Infantry Company of the 4th Massachusetts Regiment until she was shot twice in the thigh. In order to conceal her identity, she fled from the hospital where she had been taken for treatment and dug one of the musket balls out of her leg with a penknife and a sewing needle.1 Some time after this, she became a waiter to General John Patterson, in which capacity she served until 1783, when she was honorably discharged at West Point after falling ill. She lived out the rest of her life running a farm with her husband, Benjamin Gannett.2

I was captivated by her story. Deborah Sampson was a Revolutionary hero, and yet I had never heard of her. I decided to keep a sharp eye out for other forgotten stories of brave and fascinating women from the Revolutionary War Period.

My next find was a biography of a woman named Esther De Berdt Reed, written by her grandson, William B. Reed. I read that she had founded and led the Ladies Association of Philadelphia during the Revolutionary War in order to raise money for the continental soldiers. It became the largest women’s organization in the American Revolution, and its members raised over $7500.3 Esther corresponded directly with George Washington, and they decided to put the money toward uniforms for the troops. As it turns out, this gift was much needed: the soldiers’ attire was in bad shape. In a December 1777 letter, GW told Henry Laurens: “we have by a Field return this day made, no less than 2898 Men now in Camp unfit for duty, because they are barefoot and otherwise naked.”4 Again, I was impressed. Esther Reed was no less a hero than Deborah Sampson.

As of now, I’ve gone through barely a third of the books in the office. This once overwhelming project has become a treasure hunt: I come into work each day not knowing what (or whom!) I will find. I’m sure there are numerous accounts of other amazing Revolutionary-era women on the shelves of The Washington Papers offices, and I look forward to finding them. Until then, I’ll be satisfied with thoughts of my newly discovered foremothers of liberty: Deborah Sampson, hiding her breasts in tightly wrapped bandages and fighting alongside her male counterparts, and Esther De Berdt Reed, going door-to-door and steadfastly collecting donations for those very same soldiers.5

1. Herman Mann, The female review: or, Memoirs of an American young lady; whose life and character are peculiarly distinguished–being a Continental soldier, for nearly three years, in the late American war (Printed by Nathaniel and Benjamin Heaton, 1797), 237–64.