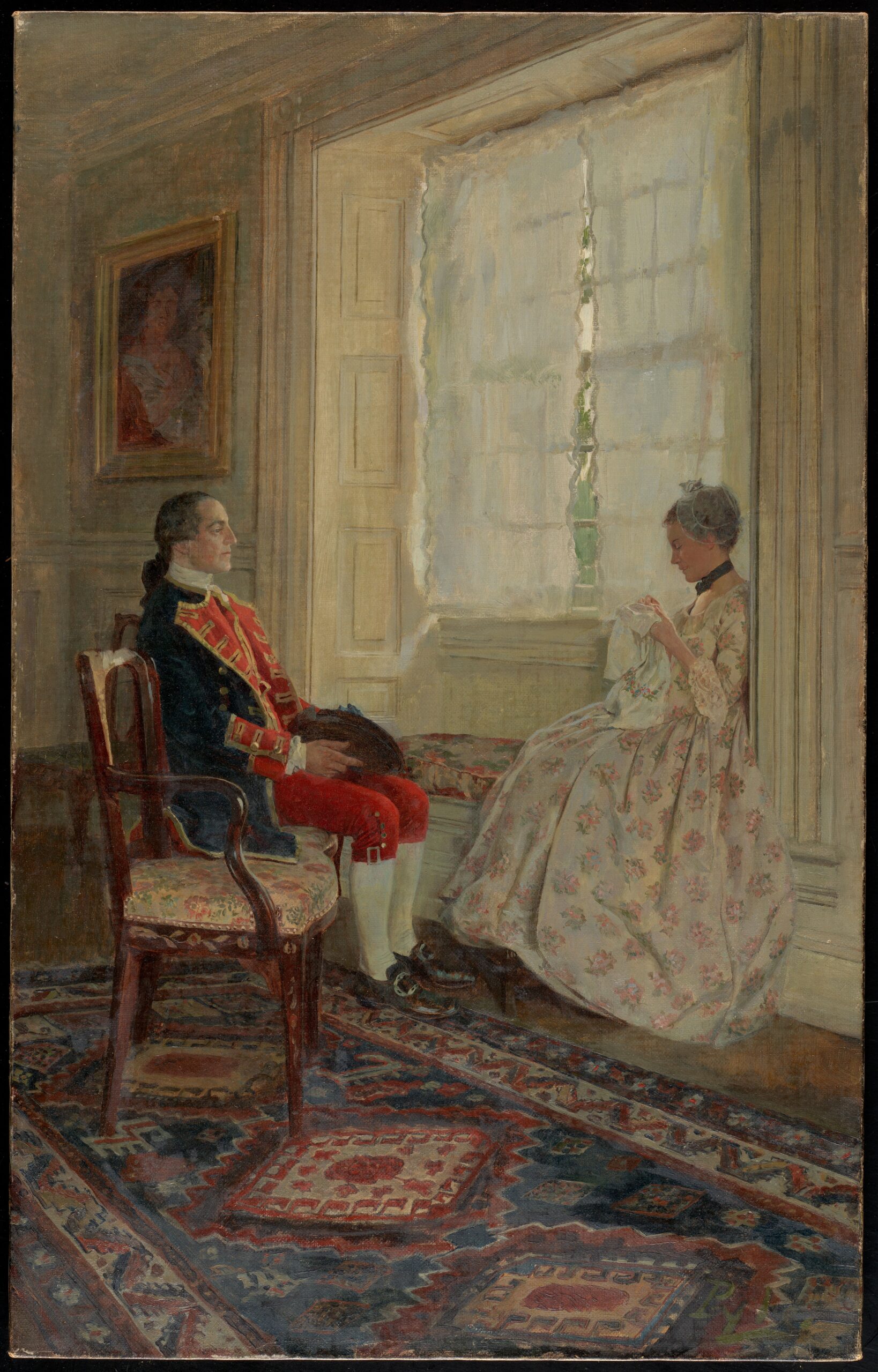 Over the summer I was invited to appear on a Smithsonian Channel television show called America’s Hidden Stories. The subject? Whether or not young George Washington had a romantic affair with Mary Philipse (later Mary Philipse Morris), a New York heiress whose family owned an incredible amount of property on the Hudson river. I happily accepted.

The topic was inspired by journalist Mary Calvi’s popular Dear George, Dear Mary: A Novel of George Washington’s First Love, a 2019 work of historical fiction about a romance between Washington and Philipse. I had heard of the novel when it came out but had not yet read it. The invitation to appear on the show gave me an opportunity to learn more, as I was to be participating in a round-table discussion with the author.

Right away, I was impressed with Calvi’s research. Her novel has a solid groundwork in fact. George and Mary met in February of 1756, in the midst of the French and Indian War, when 24-year-old George traveled to Boston to meet with Gov. William Shirley. George’s goal was to challenge the King’s Order of Nov. 12, 1754, which stated that British officers, by virtue of serving under the King’s Commission, outranked provincial officers. This meant that a Virginia lieutenant would be outranked by a British lieutenant, even though both held the same rank.1 Apart from stinging George’s pride, this order had led to real challenges to his authority. A New Jersey storekeeper named John Dagworthy claimed that he outranked every other officer at Fort Cumberland because he had briefly in 1746 become a captain in a British contingent of troops and, as such, held a King’s Commission.2

On the way to Boston, Washington stopped for about a week at the New York residence of Beverly Robinson. Mary was, at that time, also visiting Robinson, who happened to be her brother-in-law. The Philipses were an incredibly wealthy family; Mary alone controlled over 50,000 acres. This, along with her youth and beauty, made her an attractive potential bride, and George, it seems, made some advances. Between Feb. 15 and 18, Washington noted payments of £1 and 4 shillings “for treat[in]g Ladies to [the] Microcosm”—an exhibit of an elaborate mechanical clock full of automatons that was then on display in New York.3 Not a bad date, in my opinion.

So many young soldiers were courting Mary Philipse at this time that an author writing under the false name “Timothy Scandal, Adjutant,” wrote a satirical article entitled “A Return of the State of Captain Polly [Mary] Philips’s Dependent Company, with the Kill’d, Wounded, Deserted and Discharg’d etc. during the Campaigns of 1755 and 1756.” The list contains thirty-eight names, including that of her future husband Roger Morris, who was described as “shot thro’ the Heart.”4 George’s friend Joseph Chew wrote to him several times on the subject of “the Charming Polly,” cautioning him that if George did not come to court her soon, he might lose his chance because Morris (“you know him he is a Ladys man”) was visiting Mary with some frequency.5 Using a military metaphor for romance, Chew wrote: “I think I should have made a kind of Flying march of it if it had been only to have seen whether the Words were sufficient to withstand a Vigorous Attack, you a Soldier and a Lover.”6

In the end, Mary married Morris, and George married another wealthy young woman who controlled a large amount of property—Martha Dandridge Custis. Calvi’s novel imagines that George kept a flame for Mary for the rest of his life, building up to a dramatic reunion during the Revolutionary War. This might sound fanciful, but, as Calvi points out, George Washington did, in fact, use Mary Philipse Morris’s house in New York as headquarters between Sept. 15 and Oct. 20, 1776, moving in immediately after General Howe landed at Kip’s Bay.7

As suggested in Calvi’s novel, Mary Philipse Morris was staying at the house when George Washington took it over, allowing the two to rekindle their romance. This could have taken place. It is true that Roger Morris had fled to England the previous year, leaving his wife and some of his children in New York.8 It is easy to imagine an abandoned, angry Mary falling into the hero George’s arms.

I can understand why the scenario is compelling, but I find it unlikely. Mary had many wealthy and propertied family members outside of Manhattan with whom she could easily have gone to stay after her husband’s departure, and there is no evidence to disprove her doing so. That Mary, with her children, would remain in a city that was rapidly becoming a war zone, when she had so many other options for safety, seems to me unlikely.

Another salient point is that Mary Philipse Morris’s nieces and nephews described their aunt as a staunch Loyalist. They went so far as to say that had Mary chosen George Washington over Roger Morris, Washington would not have become the commander in chief. “Indeed,” said Morris’s family, “Washington would not, could not have been a traitor with such a wife as Aunt [Mary].”9 Of course, this is not conclusive evidence, but at a time when New York was very much a Loyalist stronghold, it is quite possible that Mary considered George to be in the wrong. In which case, even if she had been residing in her house in New York when George Washington commandeered it, she may have seen him as an enemy. She had only known him as one of many suitors, and she had not seen him in nearly 20 years.

My main disagreement with Calvi is not because of a fierce belief in George’s fidelity to Martha; I do not know him well enough to make that claim. Rather, I think Calvi is placing a significance on Washington that reflects the way our society thinks of him now, rather than how he existed in his own time. To a modern reader, it might seem incredible that a woman could turn down George Washington, but to Mary Philipse Morris, he was just one suitor among many. When he rose to prominence later in life, there is evidence to suggest she would have seen him as a traitor, rather than a lover. As a novel, I think their relationship makes a fantastic premise. Historically, however, I am inclined to think that George and Mary were only minor figures in each other’s lives.

To watch “George Washington’s Secret Love,” the episode of America’s Hidden Stories that focuses on this topic, visit the Smithsonian Channel website.