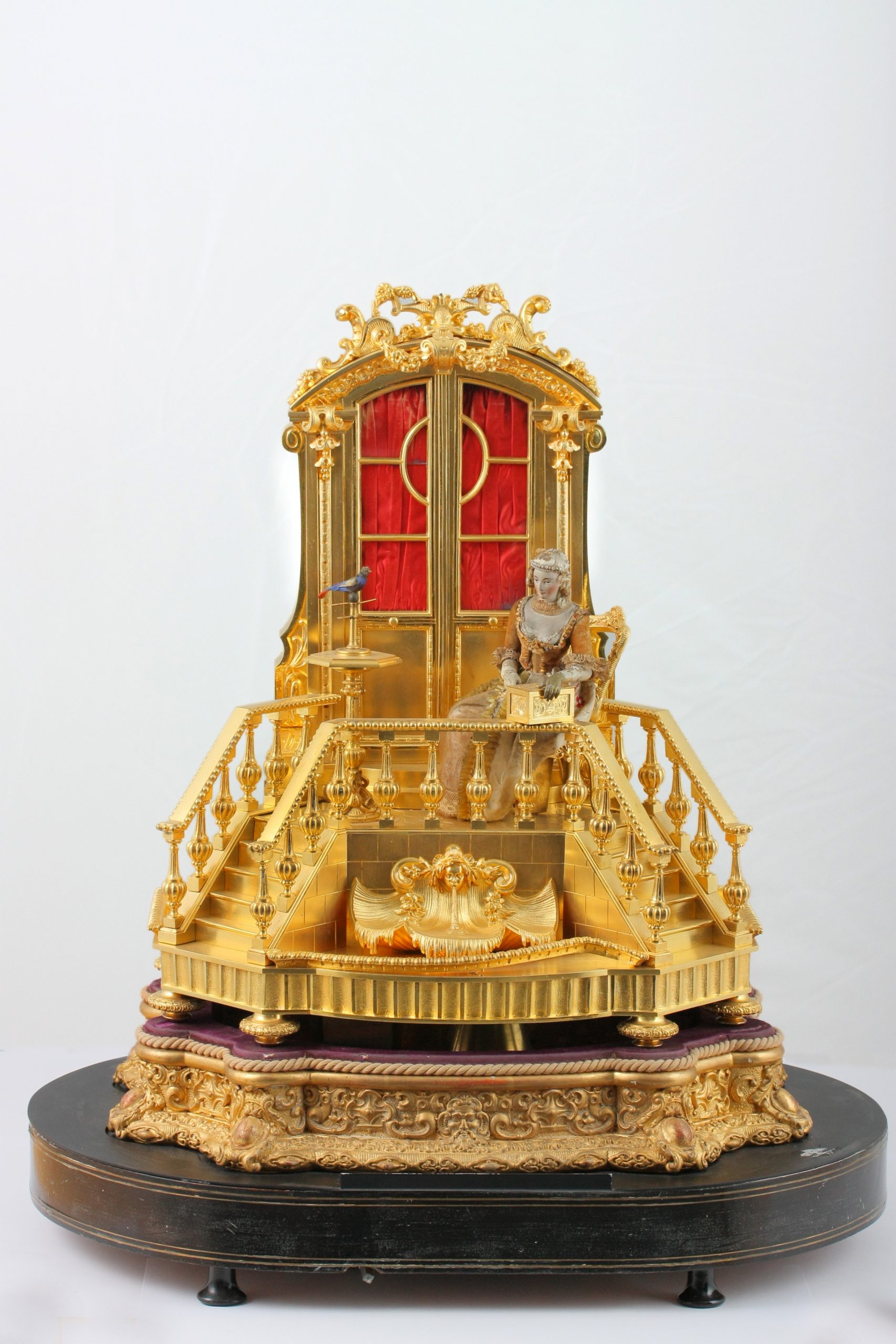 According to his presidential household accounts, on April 5th, 1794, George Washington “pd. for 8 tickets to see automatons by order.”1  These automatons were mechanical creations made of wood or plaster, operated by “hidden springs and gears.”2 With the ability to perform many different complex actions, such as writing, dancing, and imitating human movements, automatons created a source of lively entertainment for spectators.3 These contraptions originated in the 18th century, but unfortunately the art of making them is largely lost today.

At a March 1794 performance attended by Martha Washington and her granddaughter, Eleanor Parke Custis,4 two automatons displayed “many great feats of their activity and of lofty tumbling over an iron bar fixed horizontally, finish[ing] their labors in leaping a somerset backward and forward, and saluting the company”.5 Washington viewed the same automatons the next month.6  The General Advertiser reported that these performances were held at the “ladies’ academy room of Mr. Poor, No 9, Cherry alley, between Third & Fourth Streets” in Philadelphia.7 According to the same source, the automatons were “exhibited by Citizen Sans Culotte, and Mr. L’Aristocrate,” a reference to the ongoing French Revolution. The creator of the automatons remained anonymous.8  While many automatons and their secrets have been lost, including the automatons viewed by Washington and his family members, some of these clockwork inventions are still in existence today. Surviving automatons can provide an idea of what Washington saw.

See this video for an example of an automaton: