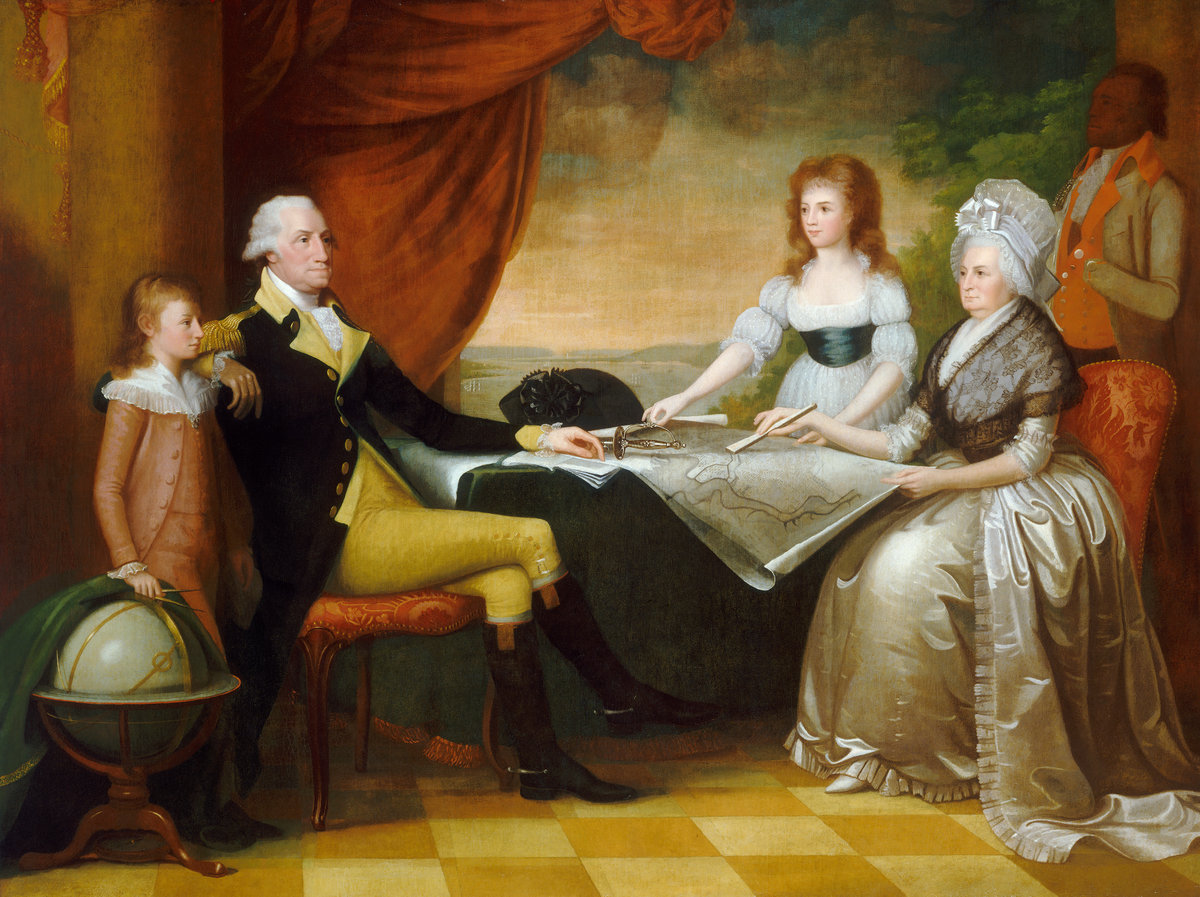 George Washington Parke Custis (1781–1857), the youngest child of John Parke and Eleanor Calvert Custis, spent most of his youth with his grandparents George and Martha Washington and in the fall of 1796 he enrolled at the College of New Jersey (now Princeton University). Washington, as he was called by his relatives, was not a particularly diligent student and the family worried that he might not properly apply himself to his studies. While Washington Custis’s letters to his grandfather during his first months away at school have not survived, George Washington’s letters to his grandson provide insight into his role as father figure to the young man. Both the president and the grandson lost their fathers at an early age: George Washington at eleven, and George Washington Parke Custis at only six months. By writing these letters of advice the father of our country was imparting wisdom similar to what he might have received from his own parent.

George Washington, who never attended college, explained to his grandson the importance of making the most of his education. He encouraged Custis to show obedience to his professors and the president of the college and to devote his time to reading serious, not trivial works: “Light reading (by this, I mean books of little importance) may amuse for the moment, but leaves nothing solid behind.” According to his grandfather, the purpose of Custis’s schooling was to “see you enter upon the grand theatre of life, with the advantages of a finished education, a highly cultivated mind; and a proper sense of your duties to God & Man.”1 George Washington knew the hours Washington Custis spent studying “may feel irksome at first,” but the president advised him that “the advantages resulting from”2 his education would outweigh the irritations. Washington warned his grandson to avoid acquiring habits that would lead to “idleness and vice,” but equally instructed him not to “deprive yourself in the intervals of study, of any recreation … which reason approves.”3

As an adult George Washington had many acquaintances but few whom he considered close friends; this fact explains the guidance he gave his grandson about forming ties with his classmates. While he advised Washington Custis to “Endeavor to conciliate the good will of all your fellow-students, rendering them every act of kindness in your power,”4 he also counselled him to reserve friendship until he knew his fellow students well, and then to “select the most deserving only,” noting that “True friendship is a plant of slow growth.” He cautioned his grandson against becoming friendly with immoral youths who might become “a stumbling block in your way; and act like a Millstone hung to your neck.” However, he also advised Custis not to form “hasty, & unfavourable impressions of any one: let your judgment always balance well, before you decide.” If adequate time had not yet occurred to form an opinion, the grandfather suggested that “it is best to be silent; for there is nothing more certain than that it is, at all times, more easy to make enemies, than friends.”5

George Washington, himself a life-long (albeit laconic) diarist, encouraged his grandson to keep a diary while at school to make a record “of the occurrences which happen to you, or within your sphere.” Writing from personal experience, Washington noted that while the practice may appear “Trifling” at the time, “by carefully preserving” his thoughts Custis would gain more “satisfaction” in returning to these diaries at a future date “than what you may conceive at present.” The grandfather also recommended entering all his expenses into an account book, which would “initiate you into a habit, from which considerable advantages would result. Where no account of this sort is kept–there can be no investigation; no correction of errors; no discovery from a recurrence thereto, wherein too much, or too little has been appropriated to particular uses. From an early attention to these matters, important & lasting benefits may follow.”6 Washington further instructed Custis to promptly acknowledge receiving letters “to remove doubts of their miscarriage”7 by the sender, and implored him to “Never let an indigent person ask, without receiving something”8 if he had the means.

Writing on 27 February 1797, shortly before he left the presidency, George Washington was gratified to hear that Washington Custis seemed to enjoy his studies and hoped his grandson would “reward my cares & anxieties to see you a polished Scholar, & a useful member of society, by persevering with assiduity & steadiness in the course you are now in.”9 Custis, however, only attended the College of New Jersey at Princeton until October; he subsequently matriculated at St. John’s College in Annapolis, Maryland, but left in September 1798 without graduating.