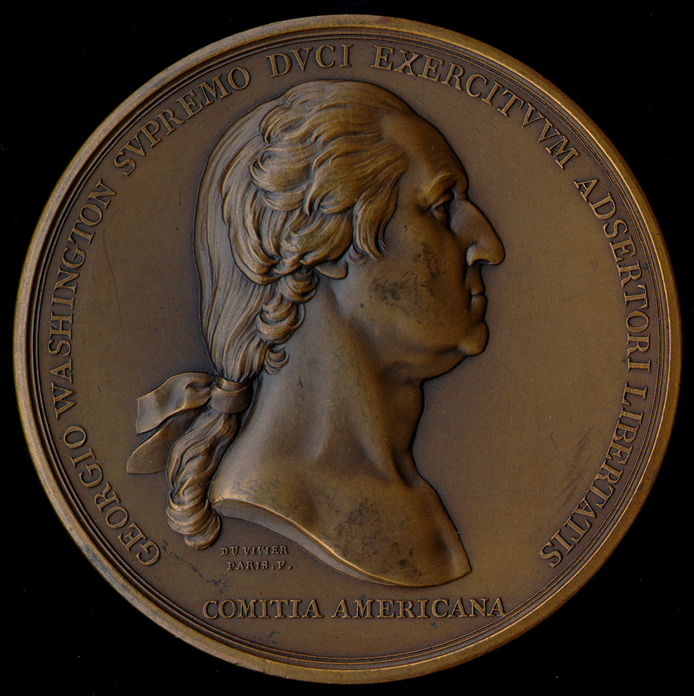 “It is with the greatest pleasure I inform you that on Sunday last, the 17th Instant, about 9 O’Clock in the forenoon, The Ministerial Army evacuated the Town of Boston, and that the Forces of the United Colonies are now in actual possession thereof. I beg leave to congratulate you Sir, & the honorable Congress—on this happy Event, and particularly as it was effected without endangering the lives & property of the remaining unhappy Inhabitants.”

General Washington sent this notice to John Hancock, president of the Continental Congress, from his headquarters at Cambridge, Massachusetts, on March 19, 1776. The long siege of British-occupied Boston was over. The letter was one the general had long hoped to send: his first victory dispatch to Congress. He had taken command of the Patriot army surrounding Boston in early July 1775, and he had dedicated all his effort since to achieving the result he reported to Hancock on March 19.

The letter has much to tell us about Washington at this stage of his career. His description of the British forces as a “Ministerial Army” is particularly important. This choice reveals Washington’s political skills. By this point he certainly viewed the British army in Boston as the enemy, but because of political sensitivities in Congress, he could not use the word “enemy.” In March 1776, the delegates remained deeply divided on the issue of independence. Although Congress had fielded an army to drive the British out of Boston, many members of that body were not ready to declare separation from the British monarch. By calling his antagonists the “Ministerial Army,” the general maintained the more palatable stance that Congress had formed its army to oppose the forces sent not by the king, but by his wicked ministers to implement their designs against the liberties of America.

The letter also gives a hint of the means by which Washington finally had been able to eject the British army from the city: “I have great reason to imagine their flight was precipitated by the appearance of a Work which I had Order’d to be thrown up last Saturday Night, on an Eminence at Dorchester which lay nearest to Boston Neck, call’d Newks Hill.”

Although the British commander had already been ordered to evacuate Boston (it was not a tenable location for the large concentration of forces needed for the defeat of the rebellion), Washington’s decision to fortify Dorchester Heights and install heavy artillery in the works certainly precipitated the British withdrawal.1 Washington’s brief summary fails to convey the monumental efforts required to achieve this design. His artillery chief, Henry Knox, had supervised a detachment that had hauled the guns over snow and ice from Fort Ticonderoga in New York. And to achieve surprise, the men of the army had constructed the initial fortifications on the heights in a single night! Construction of the artillery batteries on Nook’s Hill was the final step.2 Washington’s generalship had achieved the plan, forcing the British commander to order an evacuation.

In addition to tactical details, Washington’s letter gives us a glimpse of the war against a hidden but deadly enemy: smallpox. Washington wrote Hancock: “As soon as the Ministerial Troops had quitted the Town, I order’d a thousand Men (who had had the Small Pox) under Command of General Putnam to take possession of the [city] …” Fears that the British soldiers had spread the dread disease in Boston prevented Washington from sending just any troops to retake the city. Only those immune to the virus could enter the town, lest his whole army be brought down by the disease. Washington would later implement an inoculation regime that would shield his army from the virus.

Washington managed to put a personal touch into the letter. He knew Hancock was from Boston and might be concerned about his property. The general took “a particular pleasure” in informing him “that your house has receiv’d no damage worth mentioning. Your furniture is in tolerable Order and the family pictures are all left entire and untouch’d.” Hancock later gave Washington his “warmest Thanks” for paying such attention to his property.3

Finally, this letter reveals Washington’s strategic good sense. Realizing that New York City would be the next British objective,4 he reported to Hancock and Congress that he had begun to dispatch some of his regiments to that city.

The long siege of Boston had convinced Washington that the war would not be short. As I noted in my last blog post, he had told his friend Burwell Bassett on the eve of his departure to take command of the Continental Army in June 1775 that he expected the conflict to be over by the winter. Now he realized that Great Britain would continue the war until the king and his ministers could be convinced of their inability to conquer the rebellious states. That would require much more fighting and overcoming many difficulties. But he had achieved the first step. Although many would doubt him in the months ahead, as he endured a succession of defeats and a humiliating retreat across New Jersey, Washington’s victory at Boston helped solidify his position as commander in chief. It might be argued that Washington’s successful siege of Boston, by giving Congress a victory to tout, cleared the way for the Declaration of Independence. A grateful Congress, on the motion of John Adams, awarded Washington a gold medal to commemorate his victory.5

This letter, with full annotation, appears in volume three of the Revolutionary War Series of The Papers of George Washington. In my next blog post I will focus on Washington’s letter to John Hancock of August 31, 1776, in which he reported his defeat on Long Island and his withdrawal to New York.