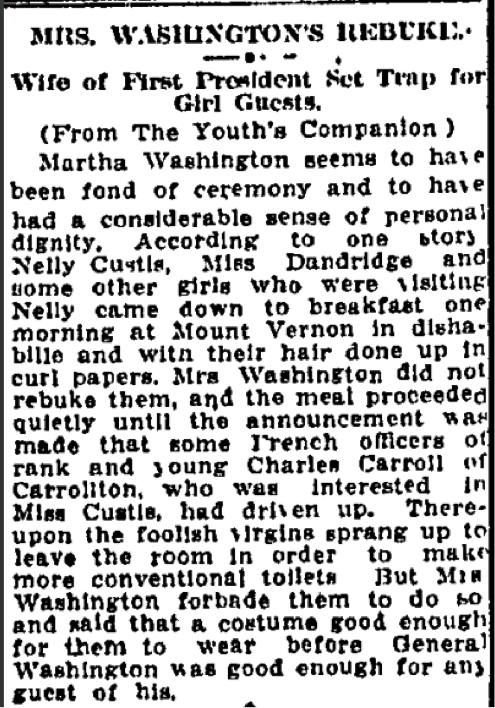 After a difficult spring semester, I returned home from the University of Virginia to visit my family, exchanging the stirring smell of coffee from Alderman Library for the welcoming aroma of authentic Vietnamese food. Being home is always a welcome, much-needed break. My productivity level plummets, and my motivation to look presentable disappears. I constantly find myself wearing pajama pants and T-shirts, and I usually think my fashion choices are fine. Being home is a break from the necessity to appear “put-together”…or so I thought.

On a recent Saturday morning, I was still in my sleep attire, eating breakfast with my mother at the dining room table. She sat across from me, taking in the horrific site of her oldest daughter. My hair was uncombed, appearing more like the twigs of a bird’s nest than the locks in a head of hair. Mom had hers in a bun, neatly pulled away from her face, and she wore a simple taupe-colored top. Even on the weekend, she refused to lounge around in her sleepwear. Mom smiled. Her eyes sent a warm, loving look to me, and I knew what she was trying to say: she found my disheveled look amusing but unacceptable.

Message received. I quickly finished my bowl of cereal, gave Mom a playful stare, and went to change.

It did not take a lot of work to no longer look like a mess, but I was slightly annoyed that I still had to maintain a certain standard, even at home. As I brushed my hair, my mind wandered to a newspaper search I had conducted for the Washington Papers this past spring. My search had uncovered a short article published in a 1916 edition of the Charlotte Sun Observer. The article, “Mrs. Washington’s Rebuke: Wife of First President Set Trap for Girl Guests,” describes how Martha Washington taught her children to always look presentable and dignified.

The story reads like a fable, a tale to teach young children how to form a healthy habit of always looking–and consequently being–dignified. It reveals how historians viewed Martha Washington in the early-twentieth century, adapting the memory of the first First Lady in order to reinforce ideas of traditional, gracious manners. Although Martha “set trap” for the girls, she did it with an educational purpose in mind. Her plan wasn’t devious. It was didactic! She let the children learn from their mistakes, and what better serves as a teaching tool than the uncomfortable rush of embarrassment? It is easy to imagine how miserable the girls might have felt to awkwardly greet visitors in an unkempt fashion. However, daily lessons like this would shape them, and hopefully many girls in early-twentieth century America, into admirable young women.

While Martha’s parenting technique was slightly cruel, it was effective. Not to mention hilarious. Though 100 years have passed since the release of this educational tale, I am glad to know my mother adopted a similar lesson plan: only hinting in order to let me learn the lesson on my own. “Looks don’t matter,” people say, but neatness goes a long way. Despite being at home, Nelly, her cousin Fanny, and I needed to care about how we presented ourselves. “Dress for success” is a good philosophy to live by, but an achievable goal for staying-in is more like “dress to not be a mess.” The mother in this story (and in my story too) obviously did not expect fancy dress for breakfast. She merely wanted the girls to look presentable, as a way to show respect to the General and to themselves.

In less than ten minutes, I managed to untangle my hair and change out of my pajamas, leaving me feeling like I could take on the world. The simple act of tidying up put me in a happier mindset. I no longer felt sluggish, and I had Mom to thank. No “French officers” or any other suitors paid my family a visit that day, but I was prepared either way.

Though my connecting this story about Mrs. Washington with my daily life seemed inconsequential, I felt a bit closer to visualizing who Martha was as a person, or at least, how she has been remembered.

One thought on “Get Dressed or Get Embarrassed”