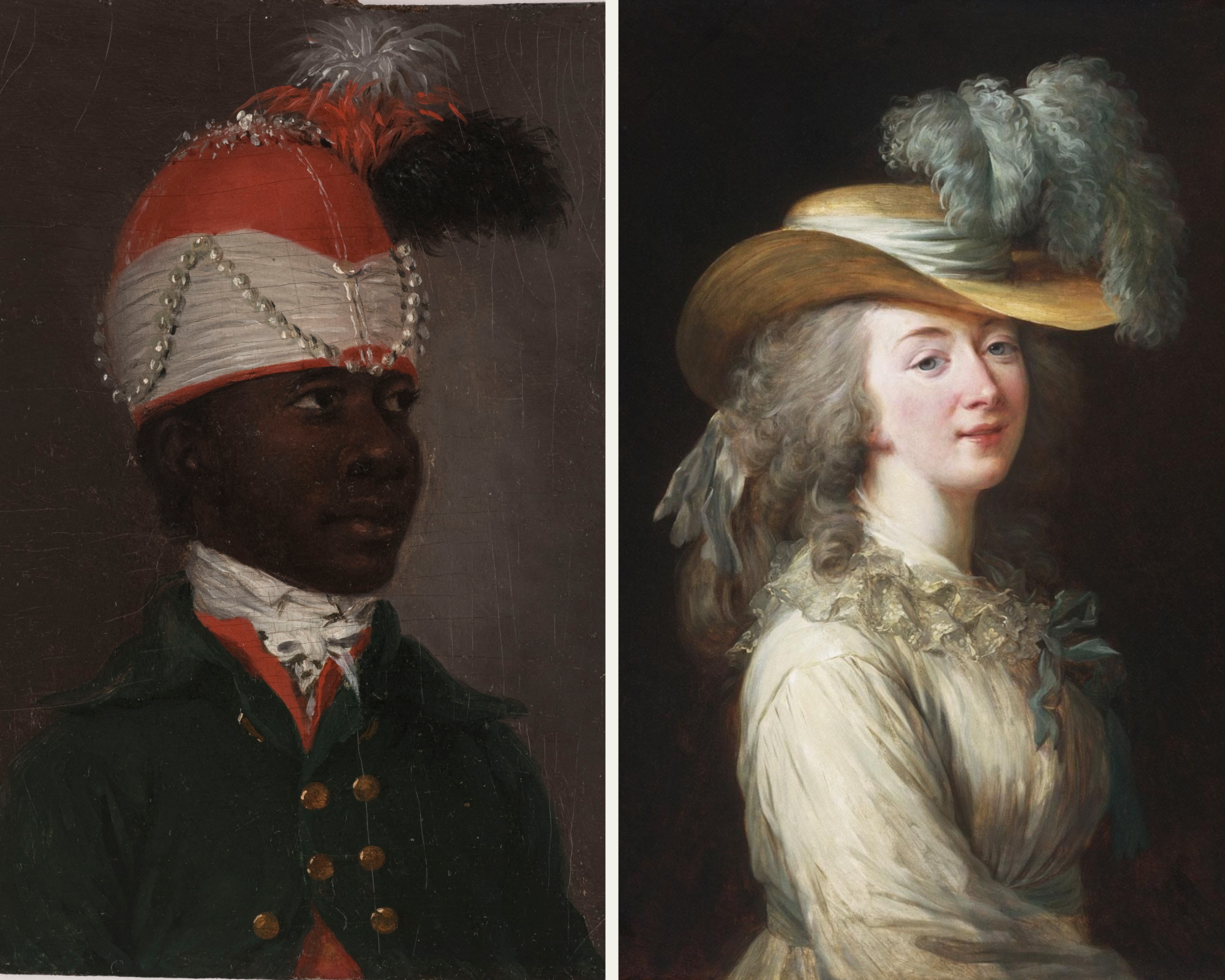 Where possible, the editors at The Papers of George Washington write an “ID” (short biography) for each individual mentioned in Washington’s correspondence. Any ID made appears in the annotation for the document in which the individual is first mentioned.

One of the most compelling IDs in volume 31 of the Revolutionary War Series is that for George Greive, on whose behalf Silas Deane, a former United States diplomat in France, had written General Washington from Paris on May 2, 1781:

Mr Grieve will do himself the honor of waiting on you with this, & I take the Liberty of assuring you in it, that he has on all occasions been the warm & zealous Friend of America, & determined to make common Cause with us, has lately become our Fellow Citizen. He has an affair with respect to some Lands, which I believe lye in your Neighbourhood, & in which I hope you will be able to give him some assistance, by recommending him, to some of your Friends there, I have therefore, on this account, as well as from my acquaintance with Mr Grieve, & my sincere Wishes for his success in America, taken the Liberty to recommend him to your good offices.1

Like many IDs in The Papers of George Washington, Greive’s is perforce truncated. However, a fairly expanded version of his career will be presented here simply because he was a rather important, somewhat shadowy, and highly intriguing figure in American and European history whose life briefly but interestingly intersected Washington’s.

Greive (Grieve; 1748–1809) belonged to an influential family of Whig political agitators in northern England. After destroying property belonging to the Duke of Northumberland at the head of a mob in 1778, Greive sold all of his property and swore before Benjamin Franklin, U.S. ambassador to France, on April 29, 1781, to support the United States.2 On May 6, Franklin wrote Washington from Paris: “The Bearer Mr Grieve, goes to Virginia, with an Intention of settling there, where he has also some Business in which you are concern’d. I beg leave to present him to your Exlleny as a Gentleman of Character, & who has long distinguished himself in England as a firm Friend to the Cause of America.”3

Greive had somehow inveigled to become an agent for the British aristocrat Charles Bennett (fourth Earl of Tankerville), who sought to claim thousands of acres in Virginia once owned by his deceased debtor John Colvill. Washington had become an executor for Colvill’s will in 1766, and he wrote Greive from Philadelphia on March 18, 1782 to help him obtain “information of the situation, & circumstances attending Earl Tankerville’s Estate.”4

After the War of Independence, Greive anonymously translated the American Revolution memoirs of Chastellux, French major general and Washington’s friend. Styling himself “an English Gentleman, who resided in America at that Period” (as appears on the title page of an 1787 edition of the memoirs that were published in London), Greive observed in a footnote that “[t]he Translator, from impulse, and from reason, is a strenuous assertor of the rights and original equality of mankind.” In another footnote Greive claimed that he had visited “General Washington’s house, which stands on the lofty banks of the Potowmack,” and asserted elsewhere that he had “dined, in October 1782, in General Washington’s tent, with the Marquis de Laval, the Baron de Viomenil, and several French officers.”5 Greive’s most extensive commentary about Washington follows:

Rochefaucault has said, “That no man is a hero to his Valet de Chambre.” Without combating the general justice of the remark, this excellent man [Washington] is most certainly an exception. Those who are nearest to his person love him the most, but this is never separated from a marked degree of respect and admiration. This is not only the universal testimony, but I had myself the high gratification of observing it. Before the war, there was not a gentleman within the circle of his neighbourhood, who, having important concerns, or a family to leave behind him, did not close his eyes in peace, could he be so fortunate as to get Mr. Washington for an executor: an unequivocal proof of his integrity. I have likewise the strongest testimony to refute those injurious insinuations which have been propagated by envy, ignorance, or party malevolence, with the view of depreciating his talents.

With a focus on his interactions with Washington regarding the Colvill estate, Greive’s commentary continues:

I had a particular business to transact with him in 1782, respecting the estates of an old friend to whom he was executor, but which from peculiar circumstances had been totally neglected by the noble heirs in England, from the year 1771, indeed I may say, from the year 1767. I found his Excellency in winter quarters at Philadelphia; on entering into conversation on the subject, which was of a most complicated nature, the General modestly apprized me, that from the active and turbulent situation in which he had long been placed, never having been at his own house in Virginia since the year 1775, but one night on his return from York Town, he was ignorant of his own affairs, and was consequently afraid he could afford me but little information respecting those in question: but what was my astonishment, when, after this prelude, he entered into an accurate detail of every thing respecting them, scarcely omitting, as I afterwards found upon the spot, the most minute particular! On my arrival in Virginia, I had an opportunity of perusing, amongst the papers, many of his letters written whilst in the active management of the affairs, which furnished me with unquestionable proofs of the clearness of his head, the honour and disinterestedness of his heart, and the uncommon perspicuity and elegance of his style; so as to convince me of the identity of the pen that produced those admirable epistolary performances, which did him so much honour during the war, and will ever mark the energy of his mind, and the excellence of his understanding. I have dwelt with the more satisfaction on this particular, as Envy, unable to detract from their merit, has made frequent attempts to rob his fame of the honour of having ever produced them; and what relates to the public opinion concerning himself he always leaves to the determination of others. This heartfelt, but faithful tribute to transcendent virtue and abilities, is the effusion of a mind unaccustomed to flattery, and in an instance where flattery neither has, nor can have any object. I had long revered his character before I saw him, and we all know that too much prepossession is generally unfavourable on a nearer view; but to know him, establishes and heightens the most favourable ideas; and I saw, and knew this truly great man, only to root in my mind the most sincere attachment, affection, and veneration for his person and character.6

Naturally a “strenuous assertor” of France’s revolution (which began in 1789), Greive settled in the French town of Louveciennes in 1792. The town was located near Paris and even nearer the notable Madame Dubarry, who had been born into obscurity and poverty but became a member of France’s aristocracy as a mistress of Louis XV. Dubarry once received as a gift from Louis XV an enslaved, India-born boy named Louis-Benoit Zamor. Zamor later joined Greive’s Jacobin political club in Louveciennes and formally denounced Dubarry as an enemy of the revolution. Greive did likewise on several occasions in 1793, signing one such denunciation: “Man of Letters, officieux defender of the brave sans-culottes of Louveciennes, friend of Franklin and Marat, factious (factieux) and anarchist of the first water, and disorganizer of despotism for twenty years in both hemispheres.”7 Due to Greive’s and Zamor’s efforts, Dubarry dolefully died by guillotine in December 1793.8

Greive narrowly escaped the guillotine himself after the Jacobin faction to which he belonged lost power in 1794. He returned to America by 1796 and resided at Alexandria, Virginia. He soon went back to Europe, however, and settled in Belgium. Greive died a few years after writing President Thomas Jefferson from Antwerp on August 29, 1807:

I think it a duty to offer you my Services as a Consul of the United States, my early adopted, and much beloved Country; and in this, be assured, Sir, that I am actuated by no motives either of interest or ambition; to both, my heart and understanding have been completely Strangers through a well Spent, active, and not unuseful life. It is possible, and may I add probable, that after all the strange vicissitudes, the gigantic events of the last eighteen years, your Excellency may Still call to mind the Translator of a well intentioned, though not very profound work “Chastellux’s Travels”, to whom you kindly lent your instructive “Notes on Virginia” previous to their publication, and who had the pleasure of frequently conversing with you at Paris, and the satisfaction of Sympathizing with your fond hopes for a happy and glorious result of the then commencing Revolution.

It is that person who now addresses you. Unaccquainted with the language of flattery or intrigue, A Man who in his earliest youth was honoured with the distinguished notice of Franklin, and who preserved his friendship to the last, feels himself at his ease in addressing Mr. Jefferson, the actual President of the United States, a congenial Spirit. I Shall therefore succinctly state to your Excellency, without either presumption or false modesty, my Situation, my qualifications, and motives for making this application to you. After having abandoned from principle, on the very outset, the various paths of interested ambition, and sacrificed my dearest connections to Support the cause of freedom and America, I launched forth with the Same philanthropic hopes of Success into the French Revolution; you know, Sir, how it has terminated; my dangers have been imminent, my escapes miraculous.—Still it has produced salutary effects.—The Struggle being at an end, I purchased a charming retirement in the neighbourhood of Calais, where, possessed of a moderate but independent fortune, I enjoy, Surrounded by my books, and rural occupations, the Society of a few pure, enlightened men; my qualifications are, an excellent education, long experience, a pretty thorough knowledge of mankind, and a perfect acquaintance with the language, manners, laws, customs, present situation, and personages of this Country. I possess good health, maturity of age, and a Strong mind; political and commercial information, and what your Excellency will deem not the least essential quality, a tender, inviolable attachment to America, the only remaining free Country on the Globe, added to a perfect conformity with your views and endeavours for her present and future prosperity and happiness. . . .

In solliciting this employ, I am actuated by no motives whatever of interest, I am in no want; but at the age of near sixty, it is my ambition, my honest ambition to pass the few remaining hours of life in the service of the Republic of the Free States of America; for any, even the most Subaltern situation for her benefit, would be more gratifying to my mind, more Soothing to my feelings, after all my Sufferings in the cause of liberty, than to be the first Minister of the first Potentate of Europe.9