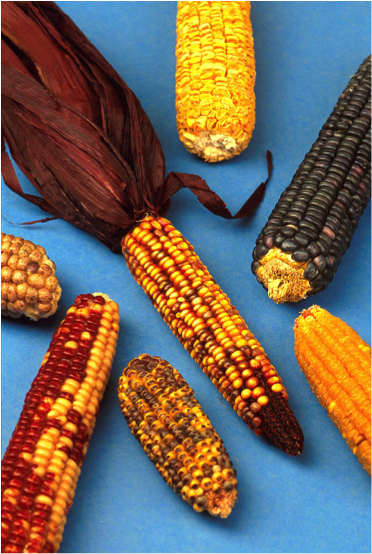 Over the centuries, corn has evolved into an important agricultural commodity in the United States. From food production to making ethanol, corn plays a featured role in multiple aspects of today’s world. For Washington, however, corn, specifically Indian corn, became emblematic of the wasteful practices of early American farmers.

Washington had a keen interest in the state of his farms, especially upon his return to Mount Vernon in 1784 following the Revolutionary War. Beginning as a tobacco planter, Washington soon realized that growing solely one crop exhausted the fertility of his soil. In a letter to Arthur Young, an English agriculturalist, dated 1 November 1787, Washington described the general practice of farming in America:

The cultivation of Tobacco has been almost the sole object with men of landed property, and consequently a regular course of Crops have never been in view. The general custom has been, first to raise a Crop of Indian Corn (maize), which, according to the mode of cultivation, is a good preparation for wheat; then a crop of wheat, after which the ground is respited (except from weeds, & every trash that can contribute to its foulness) for about eighteen months; and so on, alternately, with out any dressing; till the land is exhausted; when it is turned out without being sown with grass seeds, or any method taken to restore it; and another piece is ruined in the same manner.

This three-crop rotation, on a naturally thin topsoil and clay foundation, proved harmful to the state of his fields. Tobacco had damaging effects on the soil, and corn’s natural absorption and depletion of nitrogen from the soil also placed a great strain on it. To restore the soil nutrients and improve his crop yields, Washington began experimenting and relying on the guidance and insight of others, including Young and other British agricultural reformers, as well as Thomas Jefferson. 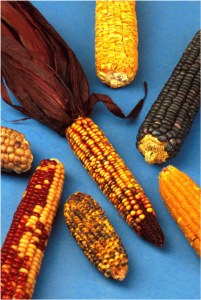 In his 28 June 1793 letter to Washington, Jefferson states that “good husbandry with us consists in abandoning Indian corn, & tobacco, tending small grain, some red clover & endeavoring to have, while the lands are at rest, a spontaneous cover of white clover.” Washington’s letter to Alexander Spotswood, 13 Feb. 1788, notes how his “Experience has proved that every soil will sink under the growth of [Indian corn]; whether from the luxuriancy and exhausting quality of it, or the manner of tillage”; he meant to “introduce other plants” and rely on variation so “that not one sort, more than another, may have the advantage of Soil”. In the same letter, and in his letter to George William Fairfax from 30 June 1785, Washington emphasized that he decreased the growth of tobacco and intended “to raise as little Indian corn as may be” in order to find a more sustainable crop. Washington believed that the “course of Husbandry in this Country, & more especially in this State, is not only exceedingly unprofitable, but so destructive to our Lands, that it is my earnest wish to adopt a better” (30 June 1785). His crop variation and change in planting location and method, as seen in his 4 October 1795 letter to Jefferson and his lease terms for Mount Vernon farm properties, highlighted his overall intent to find more suitable crops to the soil and climate.

Fertilizer was also necessary for re-nourishment of the soil, especially to feed corn’s high demand for nitrogen. Washington experimented with different forms, primarily manure, which he compared to gold in his 30 June 1785 letter to Fairfax. Young also noted the importance of manure, stating that Washington’s “expression concerning manure being the <f>irst transmutation towards gold, is good, and shews that you may be as great a farmer as a general” (7 January 1786). Washington also turned to John Spurrier’s 1793 publication of The Practical Farmer for ideas on the rotation of crops and the best uses of manure and other matter.

By the end of his life, Washington was practicing a seven-year crop rotation and continuing his experimentation, principally with buckwheat, potatoes, and clover. Although wheat became his principal crop, he never completely stopped growing Indian corn because he thought it was better quality food for his enslaved workers, useful feed for his livestock, and because he utilized it himself (see GW to Spotswood, 13 Feb. 1788). Washington likely used the Indian corn variety known as Virginia Gourdseed (see Diary entry 12 May 1760). This variety was a blend between dent corn and flint corn, producing a starchy but softer white kernel. Several letters and documents, including an observation from his granddaughter, Nelly Custis, reveal Washington’s enjoyment of hoecakes, eating “three small mush cakes (Indian meal) swimming in butter and honey” (see Nelly Custis Lewis to Elizabeth Bordley Gibson, 23 December 1823 [typescript, ViMtvL]).

As a farmer, Washington wished to find the most effective, productive crops that would provide high yields and maintain soil sustenance. From a larger perspective, Washington wanted to find alternative and better modes of agriculture that would benefit farmers in Virginia and the country overall. Considering his troubles with Indian corn, it’s curious to wonder how Washington would have responded to the fate and transformation of this particular crop over time.

Spurrier, John. The Practical Farmer: being a new and compendious system of husbandry, adapted to the different soils and climates of America. Containing the mechanical, chemical and philosophical elements of agriculture. With many other useful and interesting subjects. Wilmington, Del., 1793.