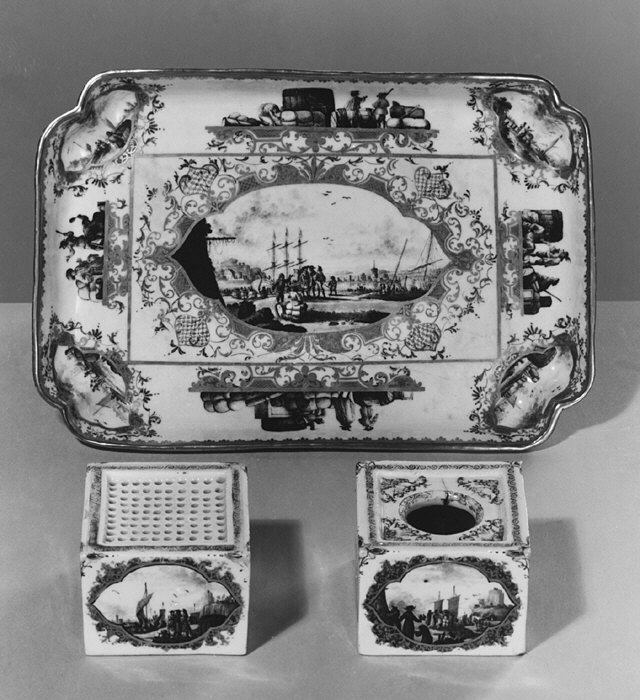 I understand that to many of our readers, the idea of writing handwritten letters to a friend is not so much a fun challenge as it is a (very recently) outmoded form of communication. But as someone who grew up in the computer age and spends most of her work hours reading and transcribing Martha Washington’s letters, I was inspired to write some of my own. I also hoped keeping a correspondence would provide me with a glimpse into the culture and practicalities of letter writing in the eighteenth century.

And so, I decided to write a letter every week for about a month to my friend Rachel, hoping this would help me reach a deeper affinity with Martha Washington and her correspondents.

When I sat down to write the first letter, I struggled to think of what to write. Rachel was bound to have seen already on social media the most interesting things that had happened in my life. I had to reconsider my purpose in writing a letter.

For Martha Washington, cursed to live in a world where she couldn’t tweet her every thought (I kid, I kid), handwritten correspondence was essential. She wrote letters not just to keep in touch with her family and friends, but also to manage her business and household affairs. These letters were fairly straightforward. But if she, like me, struggled with exactly what to say, there were books available with helpful templates for common life situations. One of these books provided such sample letters as “An elder to an extravagant younger Brother” or, “To a Gentleman of Fortune, who has Children, dissuading him from a Second Marriage with a Lady much younger than himself.”1

I ended up writing to Rachel about a recent trip to Canada. I mailed it early the next morning and eagerly waited for her response.

Alas, no response. Even without Rachel’s reply, however, I had no difficulties in writing my second letter. November 9, 2016, proved to be a momentous date.

It would be a lie to say I did not imagine some future historian stumbling across my letter in an archive and using it to make an argument about the 2016 election. I almost wrote the letter with that future reader in mind.

Eighteenth-century authors saw correspondence in a similar light. George Washington understood the historic significance of his position, and toward the end of the Revolutionary War asked Congress to hire a “set of Writers” to transcribe and order his papers from the war that could be of “public utility.”2 This preserved historic documents, and gave him some control over his public image, even for posterity. Many argue that Martha Washington burned her letters with her husband specifically to keep them away from historians’ and critics’ curious eyes.

Still no response. At this point I was getting cranky with my correspondent. Was I sending my letters out into the void? (Though I knew she was receiving them, because in true twenty-first-century style, she sent me a Snapchat picture of the envelope in her hand.)

I did begin to feel a kinship with letter writers of the early eighteenth and nineteenth centuries. Historic letters are full of admonishments to inattentive correspondents. One of my favorite examples of this is Thomas Jefferson’s classic passive aggressive letter to his teenage daughter:

“I did not write to you, my dear Poll, the last week, because I was really angry at recieving no letter. I have now been near nine weeks from home, and have never had a scrip of a pen, when by the regularity of the post, I might recieve your letters as frequently and exactly as if I were at Charlottesville. I ascribed it at first to indolence, but the affection must be weak which is so long over-ruled by that. Adieu.”3

I did not imply that Rachel must not love me in my letter that week, but I dropped some hints of annoyance.

A response! Rachel’s letter gave me a lot to work with, thank goodness; my third letter had devolved into television show summaries. I enjoyed Rachel’s choice of dyed manuscript paper, and it compelled me to research where Martha Washington acquired her paper.

Paper in the mid-1700s was still cotton based, mostly made from old rags repurposed into paper at paper mills. High quality paper was expensive and hard to come by.4 Unable to determine exactly where the Washingtons purchased their paper, I did find in their financial papers that in 1764 Martha Washington spent £15 on a half quire of paper (a quire included about twenty-four sheets5), probably purchased from England.6 My trip to Staples to buy “parchment” paper (parchment used to mean paper made of animal skin, but now it refers to slightly thicker wood pulp paper) was pretty easy and cheap in comparison.7

I completely forgot to write Rachel on Wednesday, so I wrote the next morning. This would be less embarrassing if I had been doing important things, but I spent the evening watching television and knitting a hat.

For me, with my nice ballpoint pen, stamps, and manuscript paper, it took about a half hour to write a letter. Which, frankly, felt like a commitment. For Martha Washington, sitting down to write a letter was even more of an ordeal. This 1788 poem helps to illustrate what went into composing a note:

“A pen-knife razor-metal, quills good store;
Gum Sandric powder, to pounce paper o’er;
Ink shining black, paper more white than snow,
Round and flat rulers on yourself bestow;
Small compasses to rule your double lines,
Wax, sand, and black-lead pens for your designs;
These, with a willing man, and ready hand,
Will make this art your servant at command.”8

This is not to mention that many people would draft a letter before writing the final version, careful to keep their handwriting elegant and legible. I mostly just sat down and poured my thoughts out, which meant my letters tended to be disorganized and rambling.

So what did I learn? I was unsurprised to find that the length of time between sending a letter and receiving a response was as much of an irritation to me as it was to the Washingtons. But, after waiting for a response, it was especially thrilling to receive one, complete with a good friend’s signature. I learned that handwritten letters require time and reflection. I shared stories with Rachel that would not have occurred to me while writing an email or a Facebook message. Human connection is the end goal of all forms of communication, and letter writing helped me connect not just with my friend, but with people of an earlier time.

1. Samuel Richardson, Letters Written to and for particular friends: on the most important occasions. Directing not only the requisite style and forms to be observed in writing familiar letters; but how to think and act justly and prudently, in the common concerns of human life. … (London, 1741). http://quod.lib.umich.edu/e/ecco/004845953.0001.000/1:1?rgn=div1;view=fulltext

4. Charles Thomas Davis, The Manufacture of Paper: Being a Description of the Various Processes for the Fabrication, Coloring, and Finishing of Every Kind of Paper… with Special Reference to the Best American Practice: to which are Added, a History of Paper, Complete Lists of Paper-making Materials, Lists of American Machines…” (H.C. Baird & Company, 1886), 42. https://books.google.com/books?id=hRFKAQAAMAAJ&pg=PA194&lpg=PA194&dq=dusting+engine+paper+making&source=bl&ots=d7rsGxxYj_&sig=SoEqC1VOH5U5F0LKopvLtoP7qO4&hl=en&sa=X&ved=0ahUKEwjNm-HX64rQAhVJ0mMKHYiiC7gQ6AEIGzAA#v=onepage&q&f=false