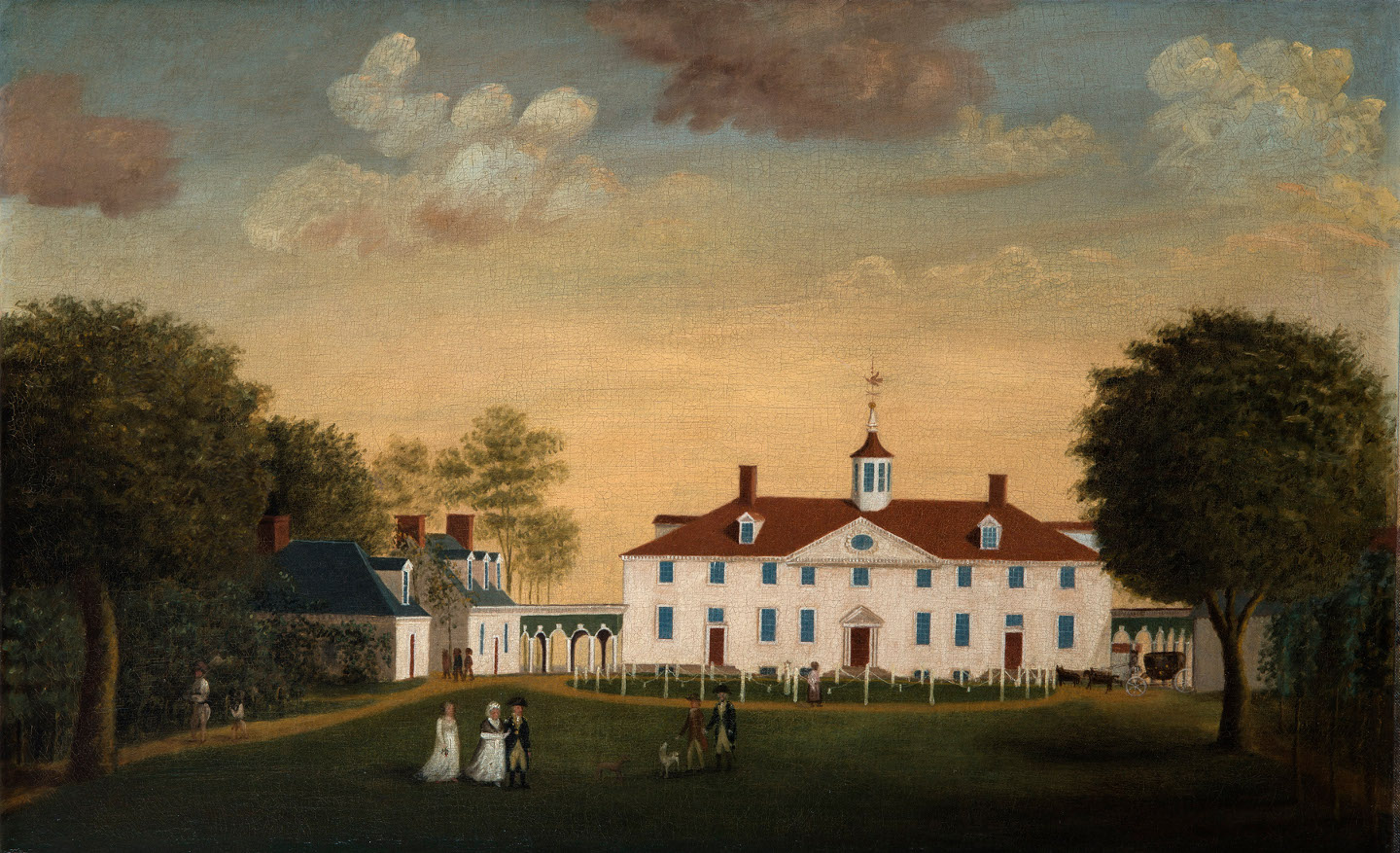 The Washington Family Papers editors have been hard at work on our upcoming Papers of Martha Washington volume, which is generously funded by the Mount Vernon Ladies’ Association. Over the past four years, we have been collecting, transcribing, and annotating Martha Washington’s correspondence and any other significant materials that might offer more context to scholars, students, and the general public. In addition to these 400-plus documents, the volume will include maps, family trees, and essays. The print edition of The Papers of Martha Washington is scheduled to be published by the University of Virginia Press in spring 2020; these resources (and more) will also be available on UVA Press’ digital imprint, Rotunda.

Aside from helping to transcribe, annotate, and copyedit the volume, I also wrote an editorial essay about Martha’s domestic duties during the period between the end of the Revolutionary War and the beginning of George Washington’s first presidential term (January 1784-April 1789). I discovered that contrary to the stereotypical image of Martha as a dowdy and passive matron, she actually acted as a hands-on manager, overseeing the vast operations of Mount Vernon’s house and plantations. One of her responsibilities as manager of the Mount Vernon estate was acting as primary caregiver to family members as well as to enslaved and non-enslaved workers. This emphasis on the physical wellbeing of herself and of those around her influenced Martha’s everyday decisions and interactions.

This arrangement of an extended family (and others) living under the same roof often contributed to a lack of privacy.2  Such close quarters and scarcity of “alone time” in one house meant that medical complaints, advice, and remedies could be easily shared among the occupants, who in turn might then share such information in their correspondence.3  For example, in a Jan. 15, 1784 letter to Hannah Stockton Boudinot (wife of Continental Congress member Elias Boudinot), Martha Washington provided Hannah with an update about Wash and Nelly’s health and their recent bouts with the measles: “my little family are all with me, and have been very well till with in these few days, that they have been taken with the measles. the worst I hope is over, and that I shall soon have them prattling about me again.”4

The constant anxiety that small medical issues could become life-threatening played a part in the need for frequent updates. For instance, Martha worried that Wash’s stomach pain could prove fatal in a Feb. 25, 1788 letter to her niece Fanny: “I cannot say but it makes me misarable if ever he complain[s] let the cause be ever so trifeling— I hope the almighty will spare him to me.”5  Sickness seemed to consistently hang over Martha’s head. In the same letter to Fanny, Martha reported that George had experienced a bad cold but was now “very well.” However, “as to my self I am as usal—neither sick or well.” In an Oct. 1, 1785 letter to Connecticut politician Jonathan Trumbull, Jr., George wrote that he considered himself “blessed with the enjoyment of good health­—Mrs Washington on the contrary is hardly ever well.”6

The continual presence of illness and pain led to a relentless search for home remedies.7 When home remedies proved futile, the Washingtons turned to Dr. James Craik, who treated the family and its enslaved workers.8  Martha believed that when in doubt, a “change of air is always conducive to health.”9

Death was seen as an all-too-familiar end to suffering.10 Martha would eventually experience the deaths of both of her husbands, all of her siblings, and all of her children. She relied on her Christian faith to see her through life’s obstacles and tragedies, and believed that it was best to accept God’s will. When the sister of Martha’s friend Elizabeth Willing Powel was undergoing financial and marital difficulties, Martha reminded Elizabeth, in a Jan. 18, 1788 letter, that “These [disappointments] howeaver, in a greater or lesser degree, are what all of us experience…providence has been bountifull in giveing her [Powel’s sister] resolution and strenght of Body and mind to be able to undertake the Cares that have devolved upon her.”11