With 135,000 Documents comprising the papers of George Washington, the editors and scholars at the University of Virginia laboring on the project have their work cut out for them. Preserving the legacy of one of our greatest presidents and providing insight into our nation’s beginnings has been their ongoing assignment since 196[8], when they began collecting Washington’s extensive corpus of diaries, letters, and papers.

Just retrieving the complete collection took ten years, gathering documents from the Library of Congress, which held the nucleus of the papers, and from archivists in far-flung and unlikely corners of the world, such as Japan and Russia. So far twenty-nine volumes in an eventual series of eighty-five have been published, and an electronic version is also underway.

The volumes chronicle not just Washington’s life, but the lives of ordinary Americans in the formative years of our nation. Final publication of the complete set of papers will take the editors into the next century. 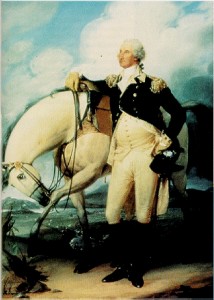 Despite the magnitude of the job at hand, however, editor in chief Dorothy Twohig and her colleagues remain undaunted, continually fascinated, and excited to learn more and more about the man and his times.

“There has often been a simplified view of Washington,” says Twohig, from her office at the University of Virginia, “as just a pawn in the hands of Hamilton and Jefferson.”

“He was a very complicated and interesting man, in control of everything,” says Twohig. “He gave great thought to the role of president and was obsessed that everything he did would have great impact on the course of this country.”

Indeed, Washington felt the weight of his responsibility in determining exactly how the constitution should be enacted and how the powers of the presidency should be interpreted. In a letter written in the summer of 1790 to the French general, the Comte de Rochambeau, Washington said, “In a government which depends so much in its first stages on public opinion, much circumspection is still necessary for those in its administrations.”

These insights into Washington’s view of the first presidency are included in the series covering his terms in office, which will require twenty-seven volumes alone. The University of Virginia, along with NEH, the Commonwealth of Virginia, and the Mount Vernon Ladies Association, are the major supporters of the project. The entire collection of papers has been divided into five series–Colonial, Revolutionary War, Confederation, Presidential, and Retirement.

Washington also kept diaries for much of his life, describing in detail his management of labor and agriculture at Mount Vernon, his journeys, his social life as plantation owner and as president, and the large number of Americans and foreigners who visited Mount Vernon during and after his public career. These diaries have been published in a six-volume set. Another volume, published in 1981, Journal of the Proceedings of the President, 1793-1797, offers a day-by-day account of Washington’s official activities during his second term as president.

Although the presidential projects are ongoing, Washington is the last of the Founding Fathers to have a complete set of his papers thoroughly collected, edited, and published for general use. These volumes contain annotations and correspondence, including the large volume of job applications for positions in the new government.

“What strikes one about his presidency is the similarities with today,” says Twohig. “So much of our ideological view of government started in the eighteenth century and with the very first presidency.”