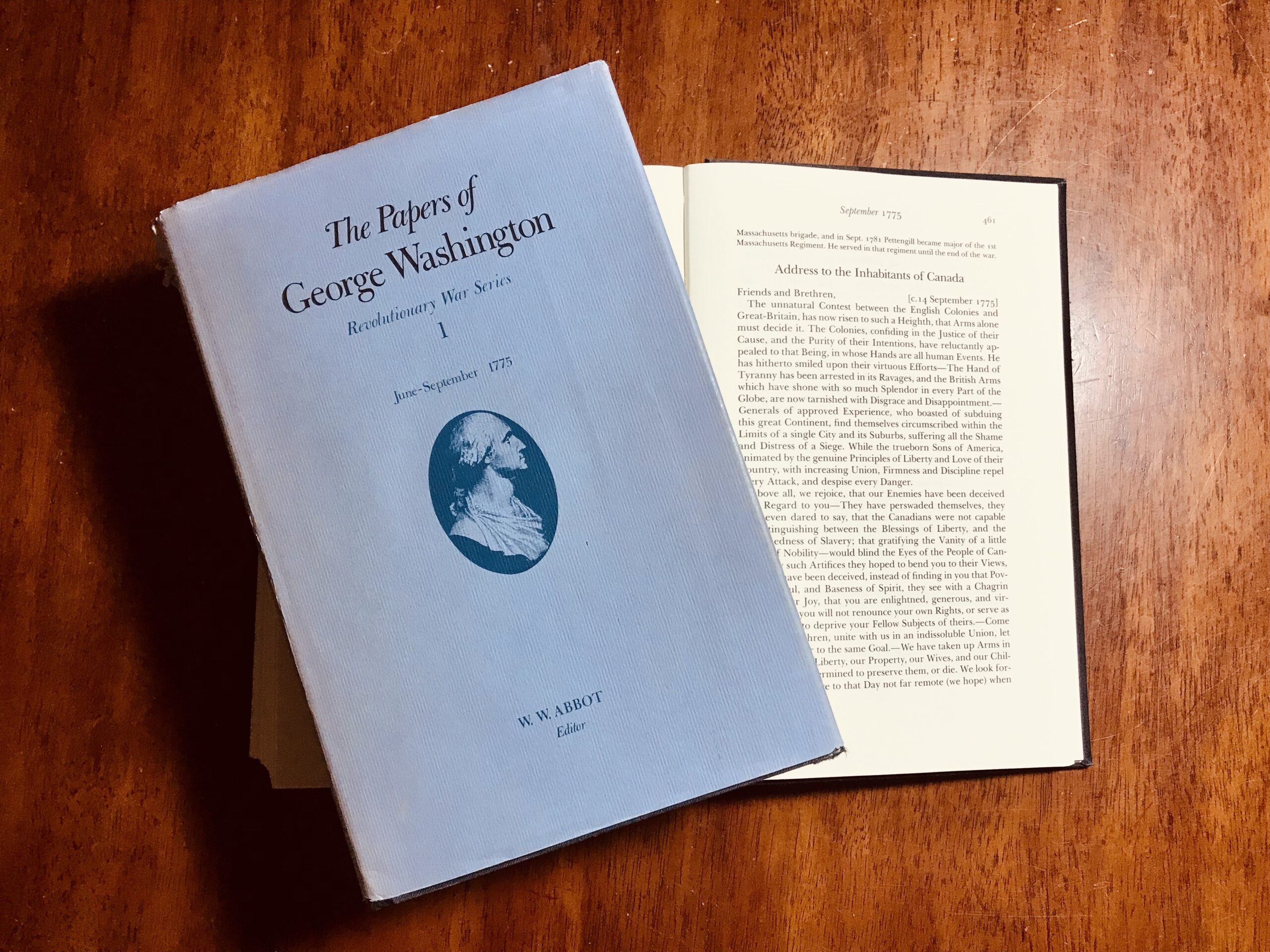 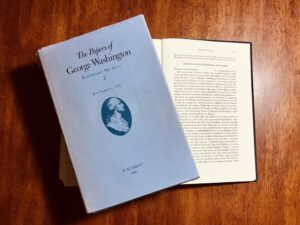 The Revolutionary War series opens with George Washington’s Address to the Continental Congress on 16 June in which he declares, “I do not think my self equal to the Command I (am) honored with.” Throughout the documents that cover the three months between 16 June and 15 Sept., the new commanding general grapples with uncertainty. He doubts his own abilities as well as the competence of the forces he now leads.

The creation of the Continental army presented many challenges. Perhaps most pressingly, officer vacancies needed to be filled. Artemas Ward, Charles Lee, Israel Putnam and Philip Schuyler were swiftly commissioned as major-generals. GW requested help from Congress to fill lower positions. He received 284 commissions in return, which still fell short of the necessary number. In response to the want of officers, GW proposed to fill the remaining positions with soldiers who proved their merit at the Battle of Bunker Hill on 17 June. The need for officers grew as the the army continued to swell. Colonies hurried companies to Massachussetts to confront the British. Daniel Morgan’s rifle company from Virginia marched into Cambridge, Mass., on 6 August. Another company from Virginia and two companies from Maryland followed. A council of war on 9 July estimated 14,000 men were fit for duty.

In addition to a lack of officers, the newly-formed Continental army suffered from a lack of discipline. GW recalled in a letter to his brother Samuel on 20 July that upon his arrival at camp, he found “a numerous army of Provencals under very little command, discipline, or order.” The general orders catalog GW’s exasperation. He directed necessaries to be filled up once a week. He reminded the officers that no main guard should be without a drum. He was forced to discourage men from bathing near the the bridge in Cambridge after hearing reports of men running around almost naked in the company of ladies. GW criticized his men for speaking with the enemy. This disorganization was not confined to the troops in Massachusetts; Schuyler found his New York troops in a similar state. “I shall have an Augean Stable to clean there,” Schuyler bemoaned in a letter to GW on 15 July.

The growing Continental army also faced an appalling shortage of supplies. GW raised the issue to the Continental Congress on June 25, before he had even reached camp. When GW arrived, he was overwhelmed with the requirements of the army. “The expence of supporting this army will so far exceed any Idea that was form’d in Congress of it,” GW predicted in a Circular to the General Officers on 8 September. Most alarmingly to GW, gunpowder was in the shortest supply. Congress promised to send six tons of powder on 1 August. GW successfully oversaw negotiations with the Providence firm Clark & Nightingale to secure more powder for the troops. Privateers provided another source; George Champlin of Newport ferried four tons from Saint Domingue to the continent. The inconsistency of such arrivals, as well as the failure to acquire powder from colonies such as Connecticut, plagued GW throughout this period.

Trying to organize the Continental army was not only frustrating but dangerous. GW anticipated an attack by the British “every hour” when he wrote Virginia delegate Richard Henry Lee on 10 July. No one could guess what the British were planning, or why they had not attacked. Clarifying this uncertainty required information. GW received intelligence from many sources. Rhode Island deputy governor Nicholas Cooke supplied constant updates regarding troop movements. Many other harried reports of British troop movements by sea reached GW. Massachusetts captain Richard Dodge relayed a report from Bostonian Joseph Groves that British ships had left Boston and were bound for Block Island, R.I., Fishers Island, N.Y., and Long Island, N.Y. with intentions to kill and destroy all in their path. This information was only partially correct; the British did raid Fishers Island. Worries plagued GW as he attempted to guess British strategy. He was so certain that an attack on New York City was imminent that he instructed Connecticut governor Jonathan Trumbull, Sr. to populate the Connnecticut levies with experienced soldiers to ward off an advance. He later retracted this request, admitting that the rumors of an attack appeared groundless. GW’s friend Robert Carter Nicholas wrote to suggest a possible British attack on Virginia. Reasons for concern never ceased.

GW did not only fear British attacks. He also anticipated raids by Native Americans. GW specifically instructed Schuyler to watch “the Indian agent” Col. Guy Johnson in instructions given on 25 June. Many rumors swirled of Native American attacks along the New York frontier. GW’s fears were not unfounded: Johnson was indeed encouraging Native Americans to take up the hatchet. Johnson later marched a force of Native Americans and whites to Lake Ontario, where he assembled additional backing from the northern confederacies. To counter this, Congress urged Schuyler to encourage amity with the Native Americans and to forge alliances. Schuyler met with the tribes of the Six Nations in late August to fulfill the congressional directive and also discuss neutrality.

A planned campaign in Canada provided urgency to secure Native American support. Congress and GW authorized the campaign in late August, and Brig. Gen. Richard Montgomery and Schuyler set out for Quebec. Col. Benedict Arnold led another prong of the campaign northwards from Boston in September after a string of delays. GW viewed this expedition not as a hostile invasion but rather as a liberation. He hoped the Canadians would join the cause of the revolution and urged Arnold to prevent his men from ridiculing the Catholic religion. He also ordered his subordinate to ascertain the feelings of the Canadians toward the American cause. The careful planning of the expedition to Canada reflected the uncertain political dynamics in 1775: would the colonies of Canada or those of the West Indies join in the fight to reacquire the so-called rights of Englishmen?

International concerns forced GW to take on a diplomatic role early in the war. In his Address to the Inhabitants of Bermuda on 6 Sept., GW urged the Bermudans to storm the powder stores on their island and donate the precious military commodity to the continental colonies. GW flattered himself that the Bermudans were “united in sentiment” with the rebelling continentals, and, indeed, the Bermudans successfully stormed the magazines later in September. GW also addressed the inhabitants of Canada on 14 Sept. with a promise that the Continental army was there to protect, not to plunder. He emphasized that “the Cause of America, and of Liberty, is the Cause of every virtuous American Citizen; whatever may be his Religion or his Descent.” GW clearly saw himself as someone with the authority to speak on behalf of the colonies and their revolution.

GW exercised his authority as a military leader even more decisively. He engaged in a fierce exchange with British lieutenant general Thomas Gage over the treatment of prisoners. GW at first used a measured tone and promised Gage that British prisoners would be treated with kindness if colonial prisoners received the same treatment. Gage, however, condescendingly dismissed GW’s concerns in a letter dated 13 Aug. and further claimed that he would not acknowledge any rank “that is not derived from the King.” GW seethed with anger in his response on 19 Aug.: “I [shall not] now avail myself of those Advantages, which the sacred Cause of my Country, of Liberty, and human Nature give me over you.” GW’s firm belief in his cause, as well as his animosity towards the British army, flows through these words and allows the reader a glimpse into the strength of GW’s convictions.

The documents during this summer show GW under immense emotional strain after his assignment as commander-in-chief. He received a letter dated 6 Aug. from Jonathan Boucher, a minister who had taught GW’s stepson John Parke Custis, in which the dismayed writer denounced their past friendship and claimed that “a man of honour can no longer without dishonour be connected with you. With your cause I renounce you.” The tumult of the revolution not only cost GW friends. It also separated him from Martha Washington. He frequently worried about her spirits and begged other relatives like her brother-in-law Burwell Bassett, Sr., and John Parke Custis to see her at Mount Vernon. GW also concerned himself with his wife’s safety and worried in a letter to Lund Washington on 20 Aug. that she might be seized by Virginia governor Lord Dunmore.

This volume contains rare surviving letters to Martha. GW wrote his wife on 18 June about his appointment as commander-in-chief. He related that he endeavored to avoid the appointment and urged her to visit her friends frequently. GW wrote that he enclosed his will with this letter. No copy of this will has been found, but such a measure underscored the extent of GW’s anxiety and the real peril of his new assignment. Also in this volume is a short note GW wrote Martha on 23 June before setting out from Philadelphia for Cambridge.

Unknowns and confusion marked the tempestuous beginning of what would become the War for American Independence. Despite the tumult, GW established a clear goal. In an Address to the Massachusetts Provincial Congress, probably written on 4 July, GW praised those who had “sacrificed all the Comforts of social & political Life, in Support of the Rights of Mankind, & the Welfare of our common Country. My highest ambition,” he then pronounced, “is to be the happy Instrument of vindicating those Rights, & to see this devoted Province again restored to Peace, Liberty & Safety.”