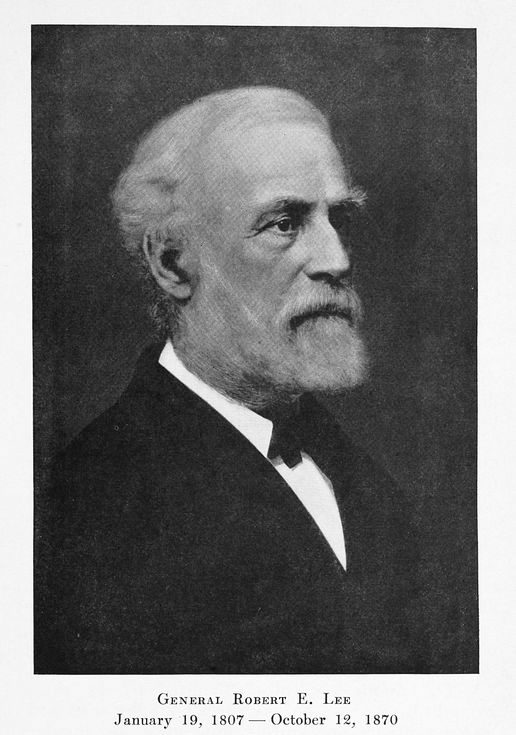 During the tense years leading up to the Civil War, Robert E. Lee found himself under the close scrutiny of a group of abolitionists (who his wife described as “fanatical,” “unprincipled & cruel”).1 Lee’s marriage to Mary Custis, daughter of Martha Washington’s grandson George Washington Parke Custis, came with public visibility and certain expectations. People who Lee had never met demanded that he live up to the precedent set by George Washington and free his slaves.

Mary Custis married her socially elevated but financially strapped cousin Robert E. Lee. Robert’s father Gen. “Light Horse Harry” Lee had died bankrupt, so the couple were unable to immediately move into an established home. They moved where Robert’s military career demanded until 1855, when Mary reunited with her father at her childhood home of Arlington.2 In 1857, George Washington Parke Custis passed away, after naming his son-in-law Robert E. Lee the executor of his estate.

George Washington Parke Custis, whom George and Martha Washington had raised since early childhood, was very much a public figure. He published stories and wrote plays, often capitalizing on his connection to George Washington in order to remain in the public eye. An abolitionist newspaper noted with interest that Custis, like his adoptive grandfather, chose in his will to free his slaves, specifically “within the next five years, leaving it to his executors to provide the necessary funds, from his estate, to remove them from Virginia.”3

By the 1850s, when Robert E. Lee became executor of his father-in-law’s estate, tensions between abolitionists and slaveholders were extraordinarily high. Slaveholding politicians had shifted their arguments from slavery being a “necessary evil” to a “positive good.” Sen. John C. Calhoun infamously argued that slavery was beneficial for those enslaved because “never before has the black race of Central Africa, from the dawn of history to the present day, attained a condition so civilized and so improved, not only physically, but morally and intellectually.”4

In the face of such overt racism, abolitionists sometimes reminded the public of George Washington’s choice to free his slaves. When a Southern newspaper derided George Washington Parke Custis’s decision, referring to “the practice of manumitting slaves by will as ‘a death-bed folly,’ committed only by men in their ‘second childhood,'” an Ohio newspaper pointedly responded, “such men for instance, as George Washington.”5  George Washington’s manumission of his slaves became a popular—and effective—argument to use against slaveholders; even the most die-hard pro-slavery politicians did not wish to distance themselves from the beloved American leader.

In 1857, Robert E. Lee thus found himself in control of about 300 enslaved people and under the watchful gaze of a large, organized group of abolitionists. George Washington Parke Custis had been vocal about his intention to free his slaves in his will, and most of the enslaved people at Arlington expected to walk free the day he died. However, instead of freeing them, Lee decided to use their labor to pay off some of Custis’s debts. Legally, this was within his rights.6 But to those enslaved at Arlington, this seemed suspicious. Their families had already experienced the tumultuous manumissions at Mount Vernon in 1801, after George Washington’s death. Family members were separated from each other when half were freed and half were kept in slavery for largely invisible, legal reasons. A growing fear spread among the slaves on the Custis estate that they were being cheated, and watchdog abolitionists were happy to relay their story.

Though well-intentioned, the reporting that followed was inaccurate and incendiary:

The emancipation of the slaves left by the late Geo. W. P. Custis, of Arlington, will, it is feared, be much retarded, if not wholly prevented, by the heirs, chief among whom stands JOHN WASHINGTON, Esq., the man who cuts down the old ancestral oaks of Mount Vernon to sell for canes, and who charges visitors fifty cents a head for the privilege of visiting the tomb of Washington, who has turned the home of the Father of his Country into a slaveholding pen.7

John Augustine Washington III, Washington’s great-grandnephew, had nothing to do with the Custis estate. The author chose to emphasize these connections to George Washington, however inaccurate, in order to elicit sympathy, noting that “It would be awful if the last remaining member of the household of Washington should not be allowed, should be prevented by fraud, from carrying out those precepts which he had learned, standing by the knee, and hearing from the lips of the Immortal Sage!”8

Robert E. Lee, the man actually responsible for executing Custis’s will, did not let such accusations go unchallenged. He wrote a letter to the New York Times less than a week after the story was first published, refuting John Washington’s involvement as well as the allegation that Custis had promised his slaves their immediate freedom on his deathbed. (Abolitionists correctly pointed out that slaves were barred from testifying in court, so they had no way of arguing their side.) The tone of Lee’s letter was dry and firm. He defended himself against the claim that he was in some way attempting to “suppress the will of Mr. Custis and to defraud the negroes of their rights.”9 In his argument, Lee conspicuously failed to mention the length of time he had before he was legally required to free the slaves.

A full year and a half after Lee’s letter was published, Ohio’s Anti-Slavery Bugle issued a more somber and accurate update of Custis’s former slaves. The newspaper reported the slaves were “still hard at work upon the plantation; not one has ever been set free, and not only that, they are treated with great harshness.”10 About a week later, the New-York Daily Tribune published two letters in the same issue, which criticized Lee’s treatment of the slaves. When three people attempted to run away from the plantation, Lee had them brought back and whipped: “The officer whipped the two men, and said he would not whip the woman, and Col. Lee stripped her and whipped her himself.”11 One reporter concluded his plea, “Next to Mount Vernon, we associate ‘the Custis place’ with the ‘Father of this free country.’ Shall ‘Washington’s body guard’ be thus tampered with, and never a voice raised for such utter helplessness?”12

After the Civil War, one of the men whom Lee had whipped, Wesley Norris, testified that the reports of his punishment were true. Though he did not confirm whether Lee had whipped a woman himself, Norris described how Lee shouted for the officer to “lay it on well,” and how after the beating, “not satisfied with simply lacerating our naked flesh, Gen. Lee then ordered the overseer to thoroughly wash our backs with brine, which was done.”13