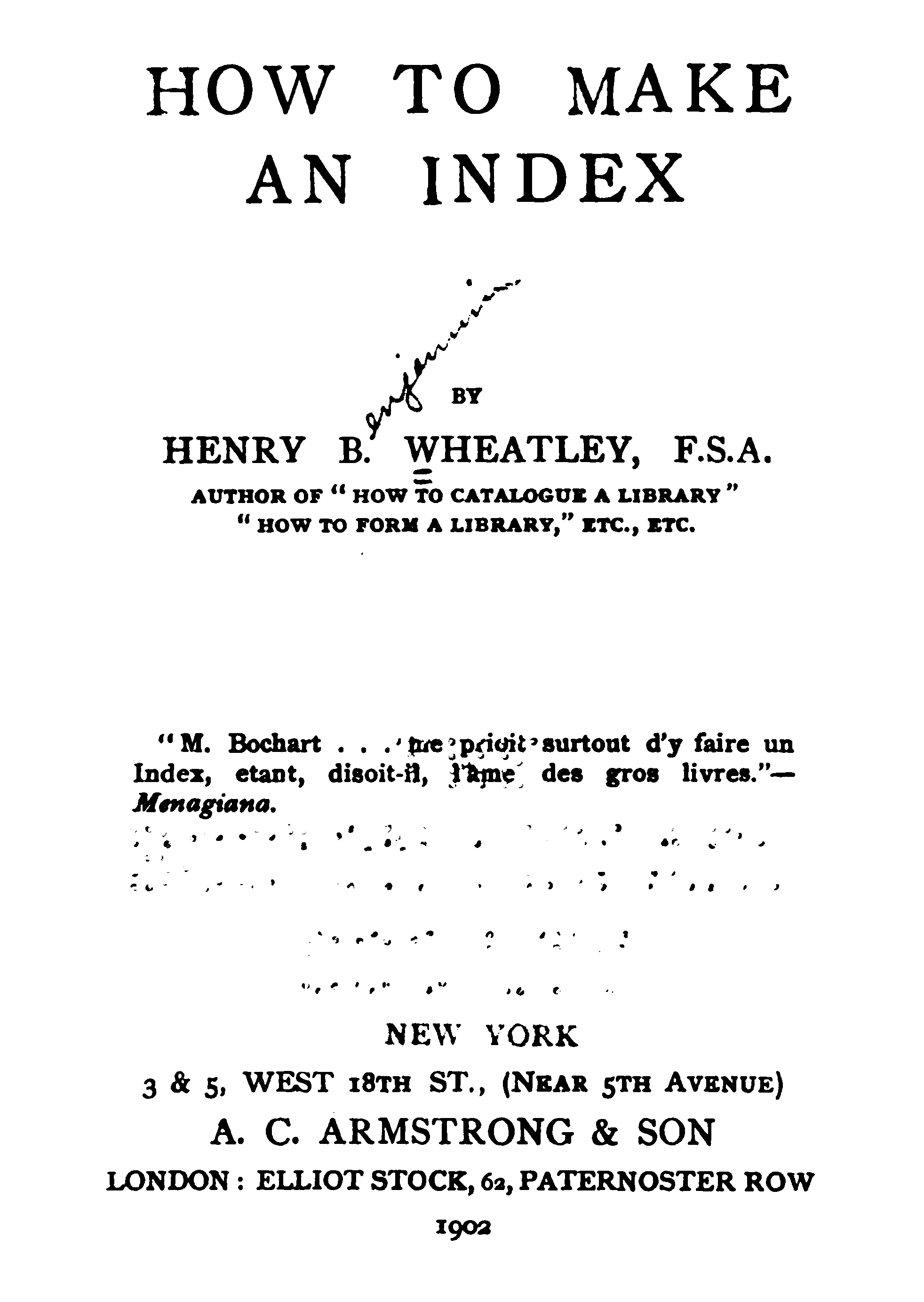 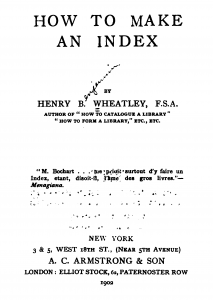 Documentary editors strive to make their products as accessible as possible. Systematic transcription facilitates reading by converting handwritten manuscripts into printed pages. Numbered notes explain obscure references or allusions in the texts. Introductions and editorial essays draw larger connections or present rich background information. The index, however, arguably stands as the most important feature of a documentary work as far as providing access. Even users with no interest in the principal historical figure easily can find new, potentially useful items on people, places, and subjects.

But something like the modern book index appeared only in the late seventeenth century, and it was not until the later nineteenth century that an alphabetical index became a customary addition to any substantial publication.1 As with so much else over the past few decades, technology has eased the process of creating an index. Gone are boxes of cards and painful hours hunched over while recording, sorting, and alphabetizing the entries. Inputting data remains a tedious task, but the purely clerical dimensions of the endeavor now take seconds rather than days or weeks.

The specialized content of The Papers of George Washington has required the extensive involvement of volume editors in indexing from the beginning of the project. The decision to divide the edition into series and assign each volume to an individual editor made each editor the logical choice to index his or her own work. This system prevailed from the mid-1980s until about 2008, when it became apparent that the idiosyncrasies of different editors resulted in problematic variations from index to index. The cumulative index compiled for the project’s digital edition brought the unevenness into particularly sharp focus. Another concern was the increasing size of each volume index as subheadings advanced to become main entries and editors zealously pursued precise and thorough coverage. The aggregated subentries in the digital edition index clearly showed the drive for precision, with multiple phrases describing distinct aspects of the same subheading.

To check the seemingly inexorable growth of indexes and furnish a structure for more-uniform indexes, the Revolutionary War Series editors devised a template to guide future indexes in that series. To ensure comprehensiveness, the template requires main entries for all people, places, ships, Indian tribes, firms, and newspapers mentioned in documents. Furthermore, roughly 100 subject entries were identified, and a basic architecture developed for subentries and subsubentries. For instance, each state has subentries for “Continental troops,” “legislature,” and “militia,” and subsubentries under these terms if sufficient content exists in the volume.

After pondering the “Washington, George” entry, the editors chose to establish “administers army” and “generalship” as major subentries with extensive subsubentries to track the broad outlines of his primary activities as commander in chief. The revised approach greatly thinned subsubentries under “views on,” which had grown into an unwieldy repository for indicators to Washington’s military actions and thoughts. The “Washington, George” entry now serves rather effectively as a compass for the entire volume. Of course, greater detail can be found in the more specific main entries. 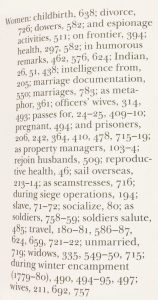 Bulk has been reduced by not indexing the content of editorial identifications. All identifications are indexed only as “id.” under the main entry for the person or place. While indexes include all references to actual correspondence as “letters to: from” or “letters from: to” under the names of the individuals, descriptive subentries are omitted that would send the user to the same page or pages as the letter. Additionally, only a select few subentries appear in all cases (i.e., “id.,” “resignation,” “killed,” “court-martialed”); final consolidation of the index removes all other subheadings when the main entry appears on three or fewer pages and in rare instances up to six pages.

Main entries for people and places include parentheticals noting variant names and the location of editorial identifications elsewhere in the series. Main entries and parentheticals can be compiled prior to the arrival of page proofs. Such preliminary work speeds the keying of raw initial entries with proper page references. The creation of aggregate authority files for main entries in the Revolutionary War Series and the mounting of these files on a Google Share site have enabled research assistants to play a greater role in index preparation.

Many hands and minds now produce a volume index. We hope you appreciate our efforts when you find an intriguing subentry under “Women,” “Religion,” or “Humor,” or move deftly around a volume to see all the content related to the British army’s Connecticut raids during July 1779. Suggestions are welcome as we continue to think about and refine our approach to indexing.

Material shown in the examples of indices for The Papers of George Washington are copyright of the University of Virginia Press.