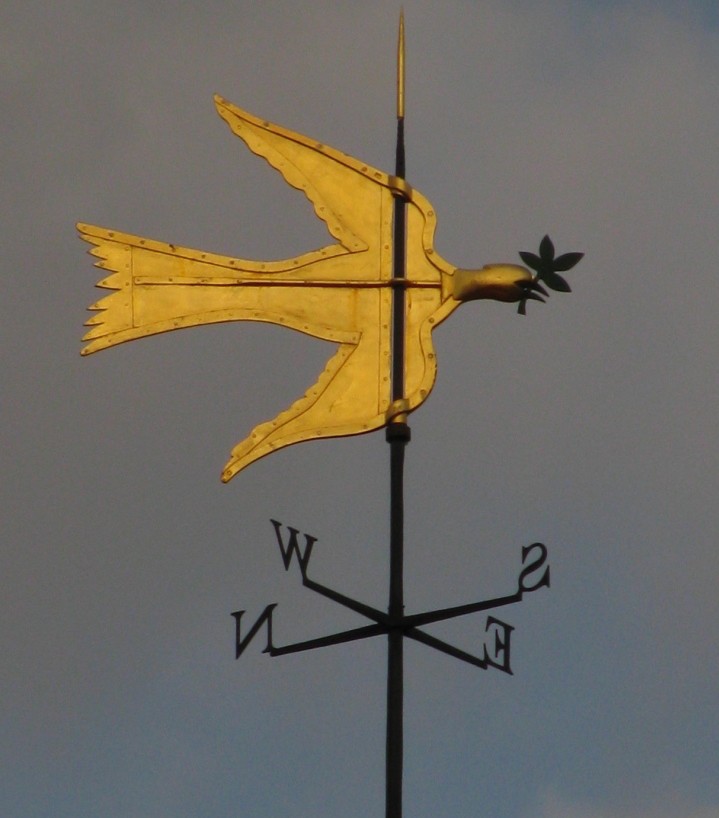 Perhaps it’s not too much to say that editors live for those moments when all the pieces come together and the proverbial mental light bulb goes off.

Not long ago when I was examining digital images of the Barbados diary one more time from my laptop at home (this intriguing diary exerts its pull even beyond office hours), I experienced just such an “aha!” moment. A detail long overlooked in the manuscript, so tiny it hardly merited notice, suddenly spoke volumes. But I’m getting ahead of myself.

For many weeks now the Barbados diary has been an object of scrutiny at the Washington Papers. As the project prepares the first complete edition of the document that has appeared in more than a century, my eyes (and those of a few lucky colleagues) have had the joy of squinting over every time-worn word of each fragmented page. The poor condition of the original manuscript has long been the bane of Washington editors and historians, and more so has the content of a section of the diary that has received less attention than any other part: the ship log of the outbound voyage to Barbados.

Of the pages that survive, almost half of them comprise daily jottings denoting the conditions of the initial leg of the journey, along with tabular data for (and from) the process of “dead reckoning,” what might be termed the “GPS” of Washington’s day. In an age when latitudes were not always readily measurable and longitudes could only be deduced from other measurements and trigonometric calculations, navigation posed a unique challenge. Thankfully, the curious, mathematically adept mind of the 19-year-old George, then a practicing surveyor, soaked up the art of this science like a sponge.

Not many have known what to make of the ship log. Various explanations for it abound. Jared Sparks published the first known transcription of the diary—or rather, excerpts of the diary, often reworded—in 1833, not even attempting to render these pages. Assuming it to be an “exact copy” of the captain’s log (with Washington’s “own remarks,” nevertheless, “on the weather, winds, and nautical occurrences”), Sparks skipped over this section entirely. 2

It was not until Joseph Toner’s 1892 edition that the ship log saw the light of day, printed very thoroughly and exactly for 19th-century standards (though not always accurately, as we shall see). Since then, no one has touched it. John Fitzpatrick omitted George’s “mathematical records” for being “difficult to reproduce in type and of no value to the diary record.” Douglas Freeman simply followed suit. 3

I would be remiss not to mention at least one modern attempt to “deal” with Washington’s data, and that is visually: at the bicentennial of his birth, Lawrence Martin published The George Washington Atlas (1932), including a reconstruction, albeit a simple inset to a larger plate, of the voyages to and from Barbados in 1751 and 1752. This information has been recently uploaded into an interactive digital map, “Washington’s World,” available through Mount Vernon’s website. Upon closer observation of the original manuscript, however, the exact route of Washington’s journey is not so straightforward.

First of all, it is evident from the fragmentary lines of text of the log’s initial surviving shards that the “first” entry—for Saturday, 28 September 1751 (O.S.)—was not written on the day on which Washington’s vessel (still unconfirmed) sailed out of its port in the Chesapeake. The numbers tell us, on the contrary, that the vessel had already sailed about 169 nautical miles to the east (the ship’s “departure”), which put them in an estimated longitude of 70° 55′ W. 4 In other words, the boat was halfway to Bermuda! Had earlier editors not been so quick to dismiss these “mathematical records,” they would not have made the mistake of claiming the 28th as Washington’s date of departure, which Toner does (despite his mistranscription of this very date, as the “29th”!). The ship log does have something to say about the narrative of this significant voyage.

Which brings me back to my initial “discovery.” Midway through October, his ship hovering in the Atlantic’s changeable winds southeast of Bermuda, Washington made an obscure notation in the columns for latitude for three consecutive days. Toner offers no explanation for his curious transcriptions of “006,” “0l,” and “06.” 5 In the first instance, he clearly rendered a degree symbol as a zero. The other two characters, however, didn’t make sense to me until I had read through the entire diary several times and had taken the time to acquaint myself with navigational math and the kinds of numbers contained in the ship log. On the return voyage, for example, Washington writes, “by Observation [we] were in the Latitude of 32°.30′”; “found ourselves in the Latitude of 35.00′” by “observation”; and “by observation was in 37°.08′ Latitude.” 6 These weren’t numbers; they were letters: “o” and “b,” for “observation”! It soon became clear to me that Washington was making a distinction. The latitudinal data collected in these cells had been measured—very possibly by him directly—not deduced from a trigonometric equation of average ship speeds (used to calculate distance traveled) and course (the angle of the vessel’s compass direction). This explains why several of the cells contain numbers that seem “slightly off” by calculation: they had been measured, not estimated. It also explains why Washington headed some of his columns with the letters “dr,” for “dead reckoning.” 7

So how involved was the young George in “navigating” his voyage south? We may never know for sure whether he worked in tandem with the crew or was simply an interested observer. His elder brother Lawrence, with whom he traveled, may also have lent his experience from previous voyages and collaborated with him (as the persistent “we” throughout the diary implies)—or not. Perhaps with more investigation we will be able to say more. We do, however, know that Washington had an excellent working knowledge of the rudiments of navigation, as anyone who has seen his earlier mathematics notebooks and surveys would surmise. At the end of the day, I would argue that his ship log is not only an informative document in and of itself; it also sheds light on the remainder of the diary as well as the early workings of the mind of an exceptional man.

1. George Washington, Diary of a Voyage to Barbados, entry for 12 [Oct. 1751]. DLC:GW.
2. Jared Sparks, ed., The Writings of George Washington (12 vols.; Boston: John B. Russell, 1833–37), 2:424.
3. Joseph M. Toner, ed., The Daily Journal of Major George Washington in 1751–2 (Albany: Joel Munsell’s Sons, 1892); John C. Fitzpatrick, The Diaries of George Washington, 1748–1799 (4 vols.; Boston and New York: Houghton Mifflin Co., 1925), 1:17n; Douglas S. Freeman, George Washington (7 vols.; New York: Charles Scribner’s Sons, 1949–57).
4. These numbers are computed using the Pythagorean theorem with columns 3, 4, and 6 (the distance traveled, change of latitude from the previous day, and total departure) and basic addition for columns 7 and 8 (change in longitude from the previous day and current longitude). See the illustration from the manuscript, above.
5. Toner, 32–33. The days are 21–23 [Oct. 1751].
6. Entries for 8, 15, and 25 [Jan. 1752], respectively. For another such reference, see the undated entry for what we believe is [Thursday, 23 Jan.].
7. For the latter case, see the entries of 16 and 20 [Oct. 1751]. As for alternative computations, see the distances (column 3) given for the abovementioned days with latitudes specified by “ob.” Note that these are not calculated from average ship speeds, as Washington had done earlier, but have been “worked backwards” using trigonometry with the observed latitudes. The day’s distance on 22 Oct., for example, would appear to be 29 nautical miles working from the column of speeds; 35, however, is the number given, which works mathematically with the consecutive days’ difference in actual latitudes.