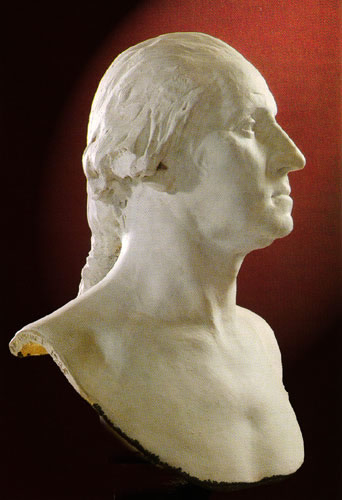 France and the United States have a long tradition of friendship, forged in the course of two great 18th-century revolutions and tempered in the flames of two global wars in the 20th century. The Washington Papers project stands poised to record the origins of the Franco-American alliance with the editing and publication of the final 16 volumes of the Revolutionary War Series, covering the years from 1780 to 1783. These volumes will chronicle Rochambeau’s landing with a French expeditionary army in North America in the autumn of 1780; his strategic planning with Washington in the winter of 1780-1781; the Yorktown campaign of the summer and autumn of 1781; and finally, the protracted negotiations that led to the Treaty of Paris in 1783.

The Washington Papers project is proud to announce a major new partnership with the Florence Gould Foundation, ensuring that these documents chronicling the most important period in the history of Franco-American relations are edited and published in time for the project’s completion in 2024. With the Gould Foundation’s major and ongoing financial support, the Washington Papers will hire an expert scholar whose time will be fully devoted to editing these documents as well as carrying on important research in French archives.

To better understand the importance of such research to current knowledge of the period, Washington Papers Communications Assistant Katie Lebert spoke with Julia Osman, a history professor at Mississippi State University with expertise in 17th– and 18th-century French military history and author of Citizen Soldiers and the Key to the Bastille.

Asked about the significance of our research into Franco-American relations at this moment in history, Osman points out that it would “add more color to the understanding of the American revolution” and underscore two of its fundamental insights.

First, she outlines how the research would increase and encourage recognition of the vital support France provided during the American Revolution. Through assistance from French volunteers like the Marquis de Lafayette and the provision of troops, uniforms and supplies, the French not only legitimated the American cause but also elevated its international recognition.

That international recognition in turn underlines the American Revolution’s importance in the global context. Osman adds that as part of the larger European colonial story, the Revolution constitutes a notable chapter in the contemporary shift in understanding citizenship and governance.

With George Washington serving as a lens through which we can view these larger historical trends, it will be possible to improve our appreciation of his national and international legacies. For example, Osman notes that he was particularly well-suited to sharing power. This trait proved beneficial and necessary in allowing Rochambeau to make executive strategic decisions. She adds that in France, Washington’s reputation changed dramatically from how he was perceived during the Seven Years War; by the end of the American Revolution, he had become a rallying cry for French advocates of change in their own country.

Osman concludes that an increased focus on Franco-American relations will emphasize how the “United States was not born alone.” In both sentiment and impact, “its choices and its successes were part of a larger context, one in which the United States continues to stand in today.”

Thanks to the Gould Foundation, France’s vital role in securing American independence is certain to be better and more widely understood.