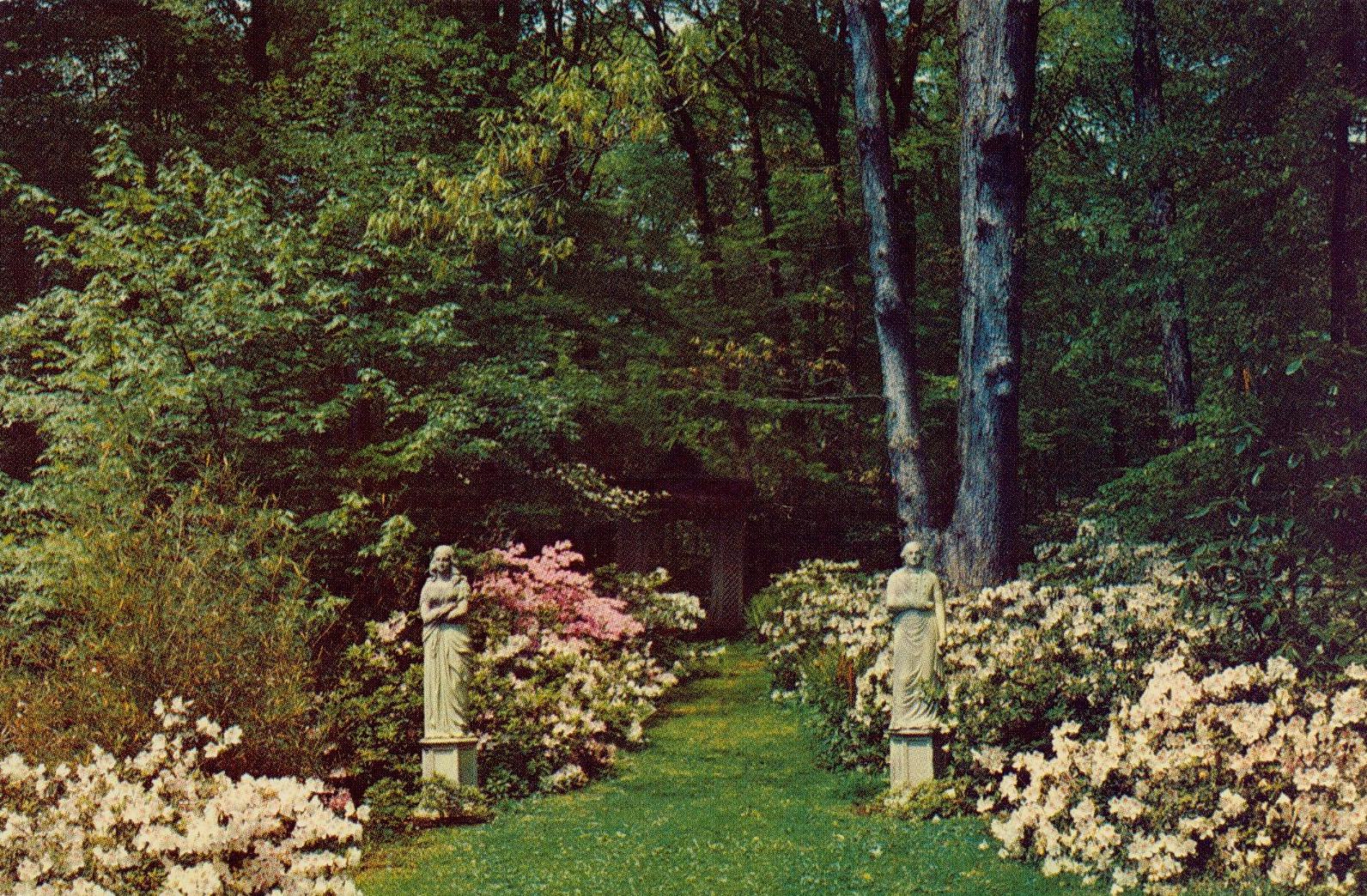 As people flock to the historic Delaware estate to view woodland azaleas at the peak of their bloom and the subtler Virginia bluebells tucked away in carpets of white trillium, a recent visit to the Winterthur Museum, Garden & Library gave this Washington editor a chance to ponder the collection’s flamboyant treasures and hidden gems in tribute to America’s original First Family.

Winterthur founder Henry Francis du Pont (1880–1969) had a passion not only for beautiful gardens but also for American decorative and fine arts that resulted in a world-class collection of 90,000 objects, many of which pay homage to George Washington and the Washington family. The collection offers a remarkable window into the 19th-century American culture of memory that made George Washington a national icon in households across the country.1 It also preserves rare items from the life and times of the man himself—and the woman who promoted his legacy.

Perhaps most notable in the collection are the John Trumbull portrait of Washington at Verplanck’s Point, New York, 1782, painted in 1790, and 60 pieces of the “Cincinnati” china service purchased by the Washingtons in 1786 that dwarf even the collection at Mount Vernon.

Washington sat at least 14 times for the Verplanck portrait, which Trumbull “intended to present to Mrs. Washington.”2 Martha would hang the painting—one of her favorite likenesses of her husband—in the New Room at Mount Vernon and bequeath it to her granddaughter, Elizabeth Parke Custis Law, from whom it passed through the generations. Eventually, it was purchased by du Pont, who gave it to the museum in 1964.3

The Chinese export porcelain featuring the arms of the Society of the Cincinnati is displayed in Winterthur’s “China Hall” and was originally used by George and Martha at the presidential seats in New York and Philadelphia as well as at Mount Vernon. Part of a 302-piece dinner, breakfast, and tea set, Winterthur’s collection came to the museum in 1928, when du Pont bought it from Martha’s descendant, Mary Custis Lee.4

From object to provenance, the presence of Martha Washington at Winterthur is not to be overshadowed by that of her husband. “I was also much interested to hear about your Martha Washington sewing table,” H. F. du Pont wrote to his dealer Joe Kindig, Jr.5 Behind the scenes, Winterthur’s state-of-the-art conservation department once had the particular challenge of restoring an important Custis estate document from the ravages of mold (following its burial during the Civil War).6

A mourning brooch containing hair from George and Martha Washington is probably one of the most intriguing pieces in the Winterthur collection. Housing braided locks of blonde and salt-and-pepper hair cut by Martha for Elisabeth Stoughton Wolcott in 1797, the piece of jewelry is a tiny casket displaying, quite literally, the couple’s interwovenness.7

A pair of statues in the garden, however—”stove figures” dating to the mid-19th century, to be exact—leaves this editor questioning. The figure of George Washington is clearly identifiable, but the female form to his right is more mysterious. It has been suggested that she is most likely the symbolic figure of Columbia, but—no doubt from the direct pairing—she also has been attributed to Martha Washington.

The confusion lends its subject a delightful charm. Although the image of Martha Washington is hardly as iconic as her husband’s, it is this project’s hope that, with the forthcoming publication of The Papers of Martha Washington, the nation’s first First Lady will assume her rightful place.

With special thanks to the Winterthur Museum, Garden & Library in Winterthur, Delaware, and to their Assistant Curator of Education, Garden Programs, Erica K. Anderson, the author’s twin sister.