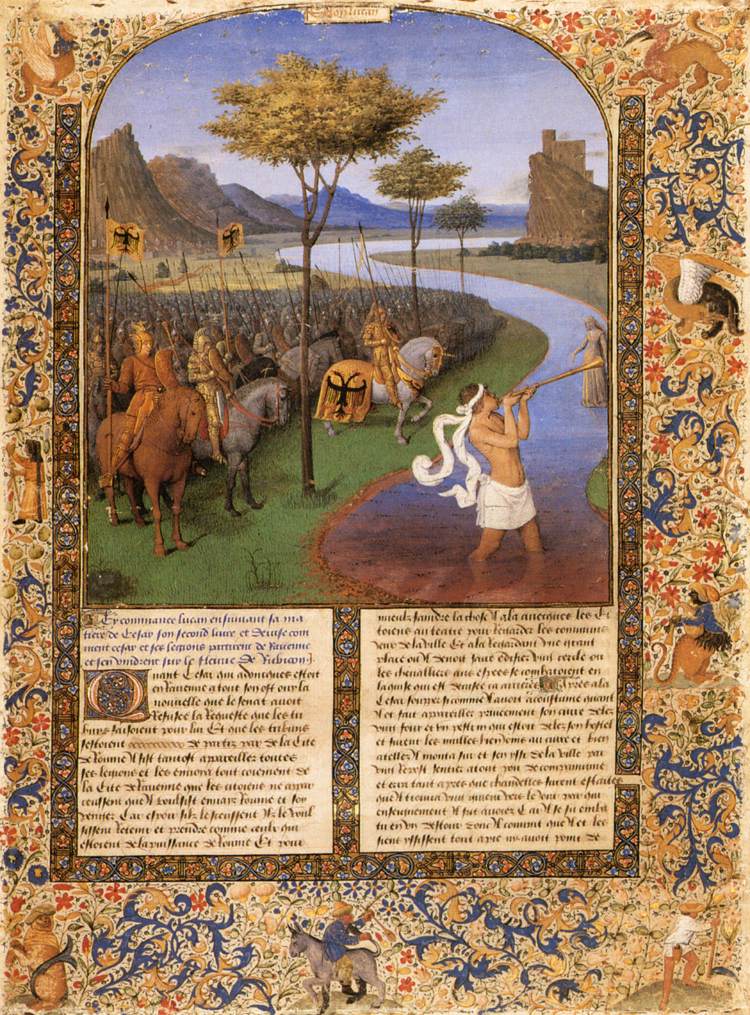 “Veni, vidi, vici.” Roman emperor Julius Caesar supposedly proclaimed this famous Latin phrase after a military victory. For centuries, young students of Latin have learned this quotation, which translates to “I came, I saw, I conquered.” Their history lessons presented another well-known general who crossed a river (Julius Caesar crossed the Rubicon in 49 BC, and George Washington crossed the Delaware in 1776).1 But as one of those junior scholars of Latin, I didn’t think  I would explore the connections between these two worlds much further. I had never imagined I would grow up to be a research editor at The Washington Papers and use my background in classics every day on the job.

I started learning Latin to satisfy my eighth-grade foreign language requirement. At the time, I wanted to be a pediatrician and thought Latin would help me with complicated medical terms. My teacher, a seemingly mild-mannered older woman, gave my class a list of common curse words in Latin, which unsurprisingly helped further stoke my interest. I took to learning the language fairly easily and continued studying it in high school (where I won sixth place on the Virginia Junior Classical League’s mythology test) and in the University of Virginia (UVA)’s Classics Department. At UVA, I also took a required year of ancient Greek (which I didn’t like as well as Latin) and classes in Greek and Roman culture, history, and mythology. I earned my BA in Classics in 2000.

At The Washington Papers, one of the more obvious benefits of a classics degree is that when I’m conducting research, I understand classical references that I may come across. For example, George Washington’s favorite play was Cato, a Tragedy, written by Joseph Addison in 1712.2 Cato tells the story of Roman senator Marcus Porcius Cato (95­–46 BC), who stood up to the tyranny of a dictator and believed passionately in republican ideals.3 Sound familiar? Inspired by Cato’s stand against Julius Caesar, Washington requested that Cato be performed for American troops at Valley Forge.4  It’s exciting when my worlds connect like that!

I’ve also used my knowledge of Latin to figure out unfamiliar words while proofreading document transcriptions for an upcoming volume of The Papers of George Washington: Presidential Series. In one instance, the volume editor had transcribed a word from a Washington letter as “supernumeracy.” I had never heard of that word. As I looked more closely at the word in the original document, I could see that the “c” was actually an “r,” and so the word was “supernumerary.”  I had never heard of this word either, but thanks to Latin, I now had some clues. In Latin, “super” means “above,” and “numerus” means “number” (as you probably guessed). So, put those two parts together, and you have literally “above the number.” I looked up “supernumerary” on the Oxford English Dictionary (OED)’s website, and sure enough, “supernumerary” meant “beyond or in excess of a usual, regular, stated, or prescribed number or amount; additional, extra, or left over.” According to the OED, the Latin word origin is “supernumerarius,” a military term, meaning “appointed to a legion after it is complete.” The letter’s context backed up this reading of “supernumerary.” In this case, my Classics degree helped me solve this word puzzle and prevent a mistake in the printed volume.5

This blog post is the first of a three-part series, “Three Degrees to Washington,” about how my humanities majors help me at The Washington Papers. Part two will be about my psychology degree, and part three will explore my educational background in film.

1. Michael Gagarin, ed. The Oxford Encyclopedia of Ancient Greece and Rome (New York, 2010), 4:155; “To John Cadwalader from George Washington, Dec. 25, 1776,” Founders Online, National Archives, last modified March 30, 2017, https://founders.archives.gov/documents/Washington/03-07-02-0343. Also available in print: The Papers of George Washington, Revolutionary War Series 7:439.
2. Henry C. Montgomery. “Addison’s Cato and George Washington.” The Classical Journal 55 (1960), 210.
3. Gagarin, Ancient Greece and Rome, 2:62.
4. Montgomery, “Cato and Washington,” 210.
5. Because of the large number of documents to proofread for this volume, I’m unable to go into too much detail in the blog post about this letter. However, I look forward to readers seeing evidence of my proofreading work on this and other letters in the upcoming volume, Presidential Series volume 20.