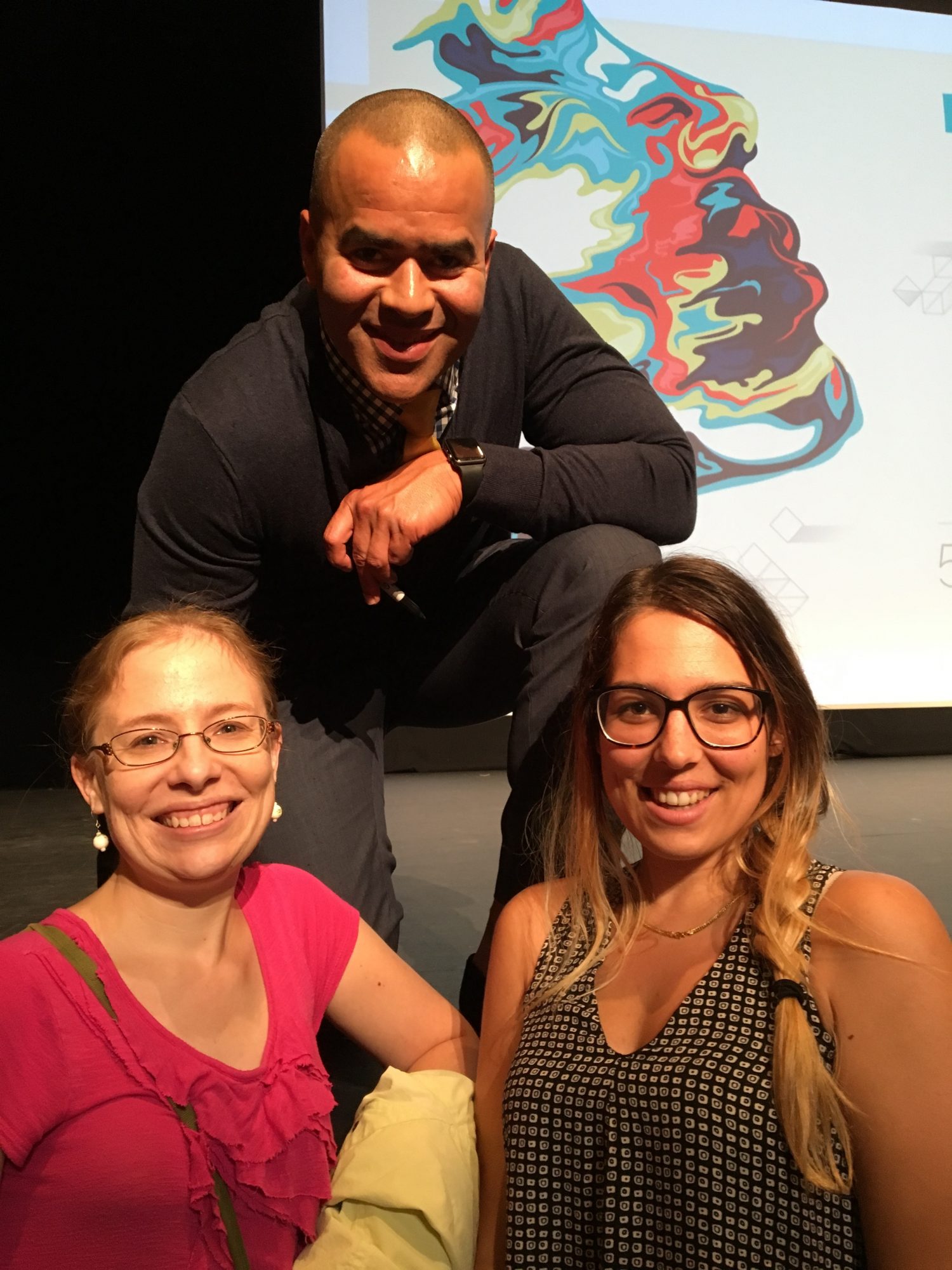 From September 14 to 17, the University of Virginia (UVA) hosted Human/Ties, a four-day celebration of the 50th anniversary of the National Endowment for the Humanities (NEH). To explore and honor the vital role played by the humanities in today’s world, the forum brought together multiple University departments and programs, including the Washington Papers, as well as speakers and artists from across the country and around the world.

“Notions of accessibility have changed and evolved over time, presenting editors with challenges as well as exciting opportunities,” said Stertzer. “This workshop gave us the chance to interact with our audience and learn more about the types of features they would like to see in our digital editions. This feedback helps us work toward achieving the goal of making cultural heritage accessible to the public, students, and scholars.”

Begun as letterpress volumes, and continuing today in both print and digital editions, the Washington Papers is the only project at UVA that the NEH has funded continuously since its initial gift to the Papers in 1971.

The next day, assistant editor Lynn Price and research specialist Elisa Shields attended a sneak preview of the documentary Hamilton: An American Musical, about the Tony-winning Broadway hit based on Alexander Hamilton’s life. Christopher Jackson, who plays George Washington in the musical, was on hand to discuss his Tony-nominated performance and the importance of Hamilton to the humanities.

“The documentary was the first 40 minutes of what will appear on PBS in October,” said Price. “In addition to showing actual performances for the sold-out show, it follows [Hamilton star and creator] Lin-Manuel Miranda as he begins to conceive the idea of some songs about Alexander Hamilton to the smashing success of the musical itself on Broadway. The [Charlottesville] audience cheered many times during the showing, and there were some quite comical moments as well.”

After the question-and-answer session with the audience, Price and Shields got to meet Jackson.

“To end a magical evening, we got to share with Christopher Jackson that we were with the Washington Papers,” said Shields. “He got so excited, and that’s a reaction I’ll never forget coming from a top-notch renowned Broadway celebrity.”