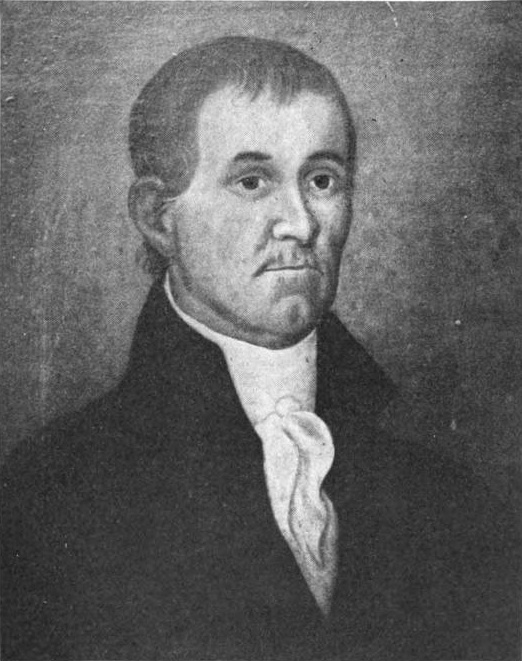 by Adrina Garbooshian-Huggins, Assistant Editor
May 17, 2017

Identifying individuals mentioned in George Washington’s correspondence often poses an exciting challenge for the editors at The Washington Papers. When the only clue you have is a title or occupation (e.g., “quartermaster,” “painter”), it can prove even more challenging. I came across an example of this when coediting the forthcoming volume 26 of The Papers of George Washington, Revolutionary War Series, with Washington Papers associate editor Benjamin Huggins.

On May 13, 1780, Washington wrote to Jedediah Huntington (1743-1818),1 a Norwich, Conn., merchant who had been serving since May 1777 as a Continental brigadier general. In the letter, Washington advised that Brigadier General William Maxwell’s New Jersey brigade would soon relieve Huntington’s command. In addition, upon Maxwell’s arrival, Huntington was to march his Connecticut brigade, which had been on the army’s outpost lines since February 1780, to the army’s winter encampment at Jockey Hollow, southwest of Morristown, New Jersey. Washington further directed Huntington to “send up” his “Quarter Master” to prepare huts in the encampment for the reception of Huntington’s brigade.

In an effort to fully understand the document, I sought to identify the “Quarter Master” of Huntington’s brigade. I examined the muster rolls for the 1st Connecticut Regiment (which was part of Huntington’s brigade), and discovered that in the summer and fall of 1779, Ezra Lee (1749-1821), a lieutenant in that regiment, was listed on muster rolls as “Q.M.B.” and “B.Q.M.,” common abbreviations for brigade quartermaster.2 Lee’s position as brigade quartermaster also appeared on muster rolls for the entire year of 1780, indicating that he held the position when Washington penned his May 13, 1780, letter to Huntington.

When regimental and brigade quartermasters were on furlough, other officers sometimes would temporarily fulfill their duties. Due to such temporary reassignments, editors sometimes omit from annotation the identification of brigade majors and regimental quartermasters.

Prior to being named brigade quartermaster, Lee had been contributing to the war effort through military service since 1775. A native of Lyme, Conn., Lee served in Lieutenant Lee Lay’s company of Connecticut state troops in 1775 and entered the Continental ranks as a sergeant in January 1776. In the summer of that year, Brigadier General Samuel Holden Parsons chose Lee to operate David Bushnell’s famous submarine Turtle, aboard which Lee conducted tests and made an attempt against enemy vessels off Governors Island, New York.3 Lee later served as an ensign and then lieutenant in the 1st Connecticut Regiment, and in November 1778 was appointed that regiment’s quartermaster.  He transferred to the 5th Connecticut Regiment in 1781 and served as its paymaster before retiring from the army in June 1782.4