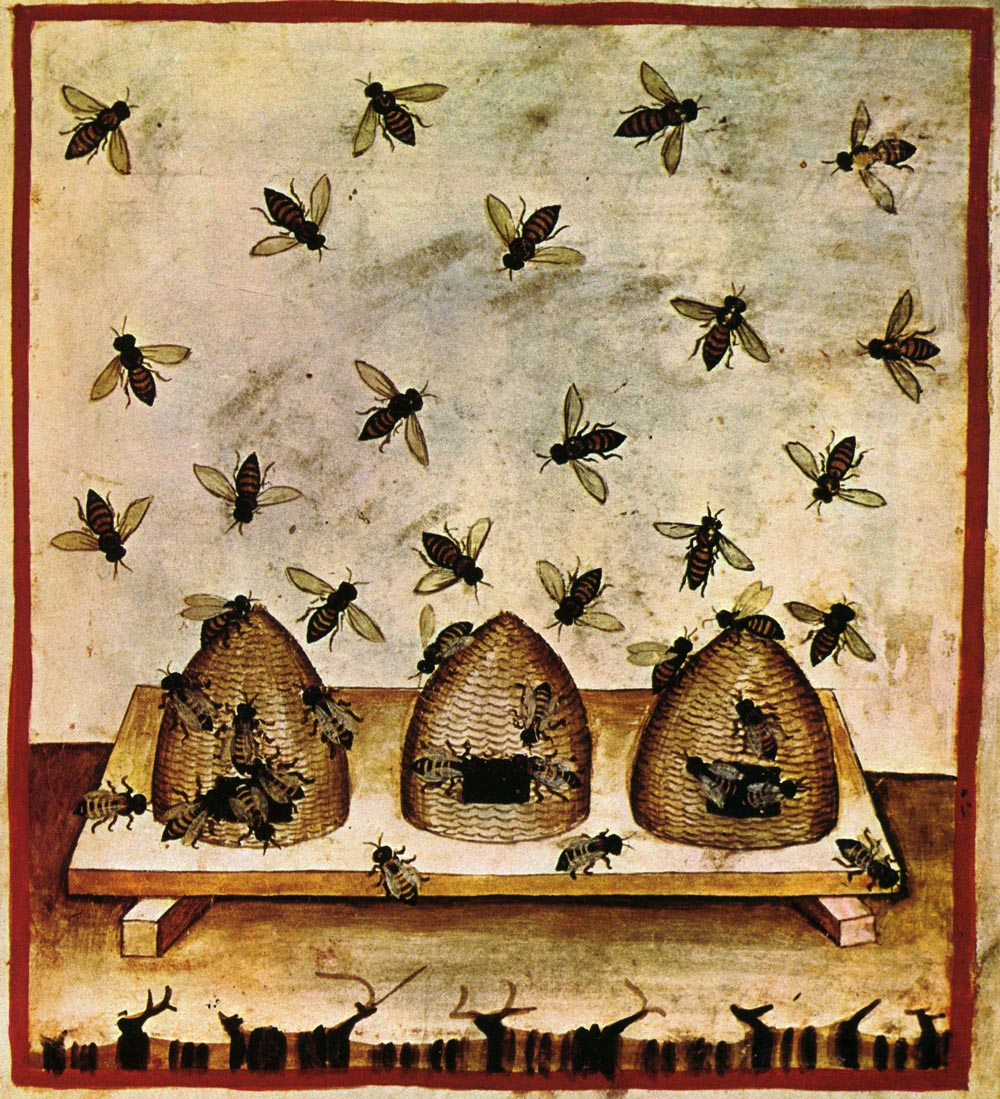 There are only two brief mentions in George Washington’s papers indicating that bees were raised by him at Mount Vernon. On July 28, 1787, 300 nails were given out at the Circle Storehouse to an indentured English joiner named Matthew Baldridge, “for to make a bee house.” Two days later, Matthew received another 200 nails for the same project.1 In addition to getting honey from his own bees, George Washington is known to have purchased honey, as well as other foodstuffs such as chickens, eggs, vegetables, and fruit, from his slaves. Honey, for example, was acquired at various times from Nat (a blacksmith); Davy, who was an enslaved overseer; and carpenters Sambo and Isaac, indicating that they, too, probably kept bees.2 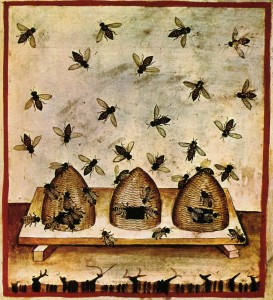 Bees would have been prized for making the honey, which was one of George Washington’s favorite foods. Both family members and visitors made note of the fact that Washington usually ate hoecakes, a “typically American” dish thought by some historians to be a reflection of slave influence on Anglo-American cuisine, and honey for breakfast.3 Houseguest Winthrop Sargent found breakfast with the Washingtons to be a “very substantial Repast”, but noted that “Indian hoe cake with Butter & Honey seemed the principal Component Parts.”4 A visitor from Poland reported that Washington had “tea and caks made from maize; because of his teeth he makes slices spread with butter and honey….”5 According to step-granddaughter Nelly Custis, Washington “ate three small mush cakes (Indian meal) swimming in butter and honey,” and “drank three cups of tea without cream”. Her younger brother, George Washington Parke Custis, described Washington’s discipline regarding breakfast: “…This meal was with out [sic] change to him whose habits were regular, even to matters which others are so apt to indulge themselves in to endless variety. Indian cakes, honey, and tea, formed this temperate repast….” On days when he planned to go hunting, however, Washington would substitute “a bowl of milk” in place of tea.6

All of those hoecakes would have required a large amount of honey. Following a serious illness during the presidency, George Washington’s sister, Betty Washington Lewis, of Kenmore in Fredericksburg, celebrated her brother’s return to health by sending a special present she knew he would enjoy:

We have been extreamly [sic] concern’d at hearing of your late illness, but the arrival of Roberts [sic] last letter brought us the Agreeable information that the Doctors had Pronounc’d you would shortly be Able to ride out—when I had last the Pleasure of seeing you I observ’d Your fondness for Honey. I have got a large Pot of very fine in the Comb, which I shall send by the first Opportunity [sic].7

A few months later, another relative, Ann Willis, who was married to George Washington’s cousin, Lewis Willis, sent the President and First Lady “four glasses of Virg[in]ia honey” from her home near Fredericksburg. In her accompanying note, Mrs. Willis noted that she had “not a doubt of that article being plenty [sic] in the State of New York but perhaps not wrought in the same manner and of course not so pure.” She closed with the thought that she “flatters herself if it has no other recommendation than being sent by an acquaintance from a place near that of his Nativity they will be induced to taste it and will be happy to hear of the welfare of the family and that they have made an agreeable breakfast on it.”8 At the close of Washington’s presidency eight years later, among the many things the family packed to ship back to Mount Vernon from Philadelphia was “one demijohn with honey.”9 A demijohn was a very large glass bottle, covered with wickerwork.